Gene tagged me back on the Sixth Image meme that H tagged me for. This time I went to my Older Documents folder which has a My Documents from an older computer I used to use. Ironically, this is the image that came up: 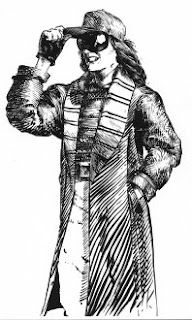 That's a picture of my character Kilroy as done by Gene many, many years ago.

In the same folder I found several images Gene did for me back in the late 80's for the Saviors game: Darkcat, one of the WW2 heroes who survived to the modern day setting of the game. 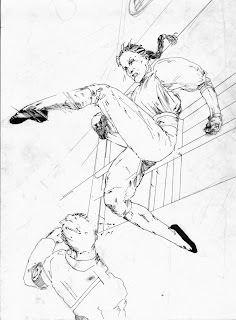 Wardove, another WW2 hero (actually killed by a PC during the war).
Posted by Lowell Francis at 9:23 PM