Desperate Scrambling: The Pleasures of GMing 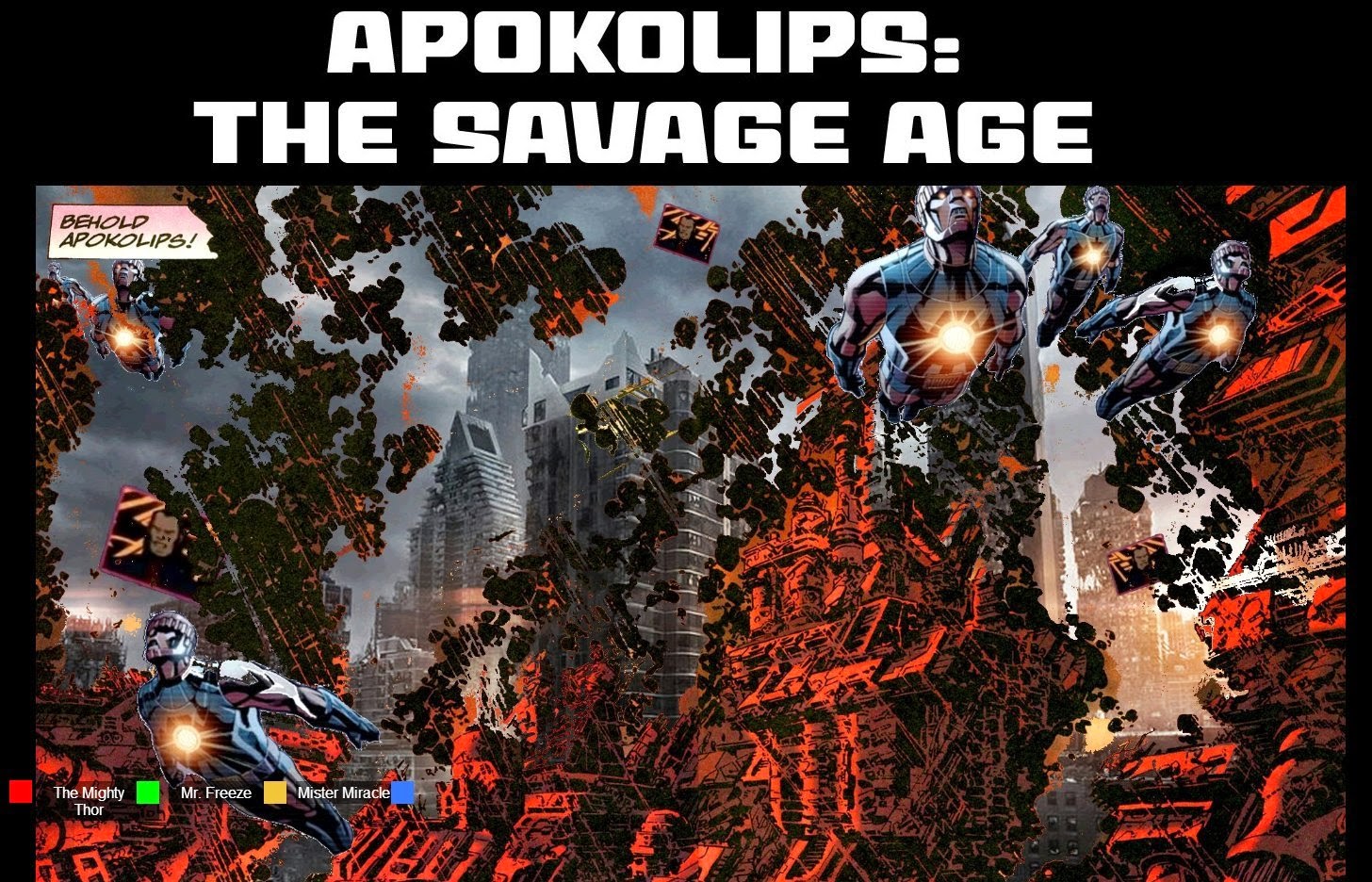 We had an interesting situation happen in the Mutants & Masterminds session last night. I tend to be lower prep for most games, but less so for superhero games. I’m running this one online so I find myself having to hunt down images and maps all the time. Even so I’m not always ready for what the players throw at me. Last night was one of those moments.

They’re near the end of the third and final arc of a two year campaign. I’m riffing on Age of Apocalypse crossed with DC continuity to make Vandal Savage the antagonist. He’s gone back in time and changed the future- ruling the world with the aid of Sentinels. I works because the campaign’s been a deliberate mish-mash, with the players presenting new takes on classic characters (Nightcrawler, Mister Miracle, Iron Man, Mr. Freeze, and Thor). The previous session we’d ended with the plot and solution still pretty open. Like most GMs try to set up incidents and let them come up with solutions- but I also try to anticipate a little what they might try. Here’s what I figured:


I was pretty ready- with maps and tokens for those.

However when the group started going over options again- and talking about the costs- they ended up spinning down a completely different path. Instead of going physically back in time, which would require some serious energy (definitely possible, but might put NPCs at risk) they asked if they could send their minds back in time (ala Days of Future Past). This came out of the blue- and hadn’t been an option before. In particular, most of them hadn’t even been born in the time they need to get to (1949). But the villain Fenton used that method, so they knew it was possible (and they’d seen the movie). I was a little crazy- and they still went after it even after I told them they had no way of knowing what body they would end up in.

I was recording the session (which ended up split into two parts). Amusingly you can see me scramble on my machine trying to pull together things on the fly to make the idea work. The players couldn’t see any of that. I slow down the pace a little to give me time to get new tokens and the map ready- and managed to pull it off. It’s a peek behind the curtain. The players didn’t see any of that. I manage to pull together a set of proto-Avengers for the players to "possess," repurposed an older map, and set up a fight. We set the players' powers on the fly, which everyone seemed to get into the spirit of.

Anyway the videos of the session- done using Roll20 and Skype- are below.