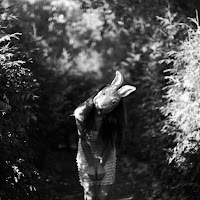 Hedges & Back Alleys
As happens yearly I’m thinking about how to run Changeling the Lost, my favorite published setting. I love the way it deals with ‘survival’ in a supernatural world. While GMs can tweak it more WoD-y, at base it’s about people trying to get along despite their strangeness. There’s more than a little Monsterhearts in there.

I’ve run Changeling with three different systems: World of Darkness, Fate, and Action Cards. The original system burned me. I don’t dig that level of mechanics today. The system has highly specific rules for each power you have to go back to the book for. There’s also a discontinuity between the game’s stated ideas and the rules carrying them out. WoD proved too much, even with the God-Machine revision. On the other hand, Fate’s a decent choice. If I had to do a pick-up game of CtL, I’d use FAE. However many of my players dislike pure Fate, so it isn’t a great choice. On the other hand, Action Cards borrows from Fate, but works with my style and group. When I ran before, I did a far too literal translation. Now I’d toss all that out. But AC’s also something of a non-starter. Until I figure out how to handle AC’s card mechanics online (unique player decks, discard face up, text display, redraws, no hand management) I’ll have to wait.

Deep End or Shallows?
My last two Changeling campaigns began with the PCs emerging from the Hedge. As new arrivals, they had to figure out the rules of the world, find safety, discover fellow changelings, and resolve their past. These games revolved around secrets and self-discovery. I thought my approach was the default, but talking to other CtL GMs in our GM Jam surprised me. Everyone else ran with the PCs embedded and part of the freehold’s fabric. I want to broaden my horizons, so I’d like to make any new campaign start with more experienced, less neophyte characters.

Thorny Shadows
So I’m considering if Urban Shadows could work for Changeling. Sherri and I had a chance to play US at Origins, me once and her twice. We’d talked about a CtL/US conversion on the way up because a Gauntlet vidcast’s mention of it. Sherri came away her session much more enthusiastic about the conversion idea. I suspect we’ll need to play several sessions of a standard Urban Shadows campaign before we can do anything more serious than my twiddling here.

Urban Shadows uses PbtA, so if that isn’t your bag this might be annoying. But for this post I want to lay out some assumptions I have about CtL and talk about how I’d begin such a conversion. I’m trying to plan out hacking & reskinning projects. I’ve usually just jumped in and started kludging things together. That’s resulted in some messes as I got too close to see the big picture (i.e. my earlier CtL hack, Action Cards L5R, Scions of Fate). 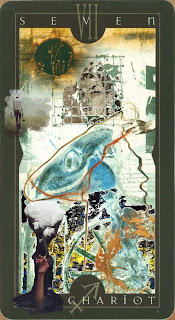 Your Changeling the Lost May Vary
Some of my assumptions about the setting fit with the book, some contradict, and others add definition. They’re important considerations to me when I run CtL
Whew.

OK- that’s all I’ve got off the top of my head. I wanted to get that down so I can see if that’s too big a task or workable. I’m leaning towards the latter, but we’ll see.
Posted by Lowell Francis at 2:10 PM