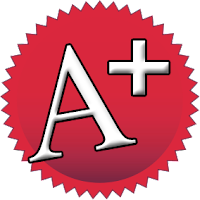 Slow Down: I expect posting will be a little lighter for August- I have a couple of projects I’m trying to finish out, plus family visits at the beginning and end of the month. This is mostly a note for myself, to give me mental permission to post less for the month. Of course August means Gen Con with the expected flurry of new announcements and interesting developments. I'll be curious to see what new pops up.

Gen Con: Related to that, I'll be heading down to Gen Con for at least one day. I’m confirmed to be down there on Thursday, and maybe I’ll run into some fellow bloggers. I’m showing the board game I’ve been working on for the last couple years to a couple of publishers to gauge interest. That game, Right of Succession, still feels pretty compelling to me after a hundred+ plays. On the off chance someone reading this publishes board games, feel free to drop me a line.

Why Do We Fall? There’s nothing like having a new idea for layout, working on it, getting it just right, and then trying it out to discover that it doesn’t work. I mean, completely doesn’t work in a crash & burn kind of way. I tried a slightly different iteration of the scoring track on my game design yesterday- with a 1’s and 10’s track instead of a continuous wrapping track around the board. My intention was to save table space, but it just didn’t work visually with the game. That’s a victory in some ways, as it taught me something about the way scoring and numbers have to be visualized in play for those mechanics.

Augustopositive: Monte Cook has developed a concept called A+ or “AugustPositive,” which is about focusing on positive aspects of gaming: things we like, products that work, ideas that move us. I think I’m generally a pretty upbeat writer- trying to focus on useful and successful ideas. I’m going to jump on the bandwagon to commit to this as well. Practically that means that I will be continuing my reviews of The Enemy Within campaign series with Something Rotten in Kislev, but then I’ll be holding off my review of Empire in Flames until the beginning of October. I have a number of really excellent rpg products I want to talk about so I’ll focus on those.

Podcast: It is still a ways out, but I’ve been working with a group of excellent people from RPGGeek on a podcast. That includes DM Samuel of RPGMusings who has been leading us in this process. He’s done a number of podcasts and has a much better sense of what works than the rest of us. I’ll post a link when we get episodes posted. We’ve taken a fairly narrow approach- I believe we’re going to end up with 30-40 minute shows focused on a specific topic. We’d originally planned on two topics, but we’ve since opted to keep it tighter. That’s still in production, so we’ll see how things shake out.

The Games: Campaigns-wise here’s where my current games stand (all of which I’m running):

Posted by Lowell Francis at 9:44 AM