Five Campaigns that Worked & Their Lessons 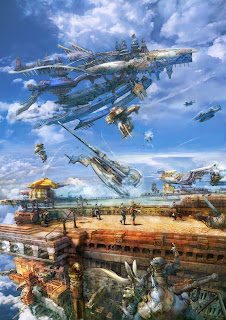 Since this is my 996th post I’m filling these entries with countdowns as we head to 1000, therefore....

Originally I had other plans for this post. I’d gotten deep in before I realized how they'd tired me out. I'd assembled a list of five campaigns I’d run that crashed and burned. I talked about how they collapsed, what went wrong, and what lessons I could draw. I’m glad one of them blew up, but the others stick with me as huge failures. And writing that list made me tired. And why the eff should I dig through that.

So, as you’ll know from the post title, I switched gears. Here are five successful campaigns I ran. And just a little about why they clicked and what lessons they offered me. I risk a “let me tell you about my character post,” but…

…let me tell you about my campaigns. (pushes glasses back on bridge of nose).

CAIRO CAMPAIGN
I spent my junior year studying overseas at the American University in Cairo. The week before I left for Egypt, I wrapped the biggest fantasy campaign I’d ever run. In the afterglow, I packed a bunch of gaming stuff: rules, world notes, and sourcebooks. Of course that bag vanished in transit, never to be seen again. So I had nothing. Eventually one of my players back home sent me a handful of notes, a map, and a GURPS book. I figured if nothing else I could spend my off-time planning for a game when I returned. Instead, a one-shot session I ran first semester ended up getting a some newly arrived students interested in playing second semester. I used my existing fantasy setting and we played hard: once a week, often more, and usually for five or six hours. The campaign provided them a full story with a beginning, middle, and end. They chose and set the course for the events. And the lessons...

*I’m a Good GM: OK, this is going to sound arrogant and stupid. I’d come from an area with a strong and vibrant gaming community. I stood among many solid and popular GMs. Rob, Charles, Paul, Barry all ran awesome games at the time. Later three would go wonky and one would die. As with many people at that age, I had hefty self-doubt. I thought I ran well, but our group had so many good GMs I couldn’t tell. The Cairo group had people who’d played other games and a single newbie. They dug it and they said so. They made it clear how vastly this game differed from anything they’d played before.

So here’s the lesson: if you’re running regularly, people keep coming back, and they’re engaged at the table, you’re probably doing something right. Take compliments seriously and listen to complaints. Don’t beat yourself up with too much. There’s a thing depressives and GMs do after a good session: redacting their experience. They rewrite their memories and make things seem worse. Don’t do that. Be in the moment and read that. Own your awesomeness.

*Run Without a Net: Losing my source material meant I had nothing to fall back on: no sourcebooks, no additional materials, no premade maps. More importantly, because our packed schedules, I did much less prep than ever before. Still more work than today, but a fraction of the hours I’d put in before. I’d swing back and forth over the next several years, but eventually grokked completely that light prep could work. (Response from Future Lowell: “duh”). 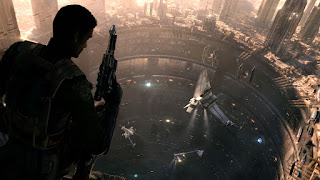 STAR WARS: THE DARKENING RIFT
The players wanted a Star Wars game. I’d never run or played Star Wars. I’d really never done sci-fi at all. So I stripped it down to only the Original Trilogy as canon. I framed it as the first film in a new set of three to follow Return of the Jedi. We ended up with a solid and coherent short campaign with a beginning, middle, end and some dangling plot hooks for the sequel. I really loved it where I didn't think I would. Only changes in players’ schedules meant that we wouldn’t continue. You can see my full notes on it here. And the lesson...

*Go Simple: When I decided to run this, I looked at the older Star Wars rpgs: d6, d20, and Saga. I briefly considered using one, but decided I’d just write an Action Cards version since we’d been playing it for years. In my first pass, I made a big list of all the things I’d need to come up with: aliens, weapons, vehicles, ship combat, professions. Then I simply decided not to. I wrote up a one-page with different “knacks” to define characters (droid, weird alien, tinkerer), a basic set of Jedi powers, and some unique cards based on SW lore. Later on I wrote up a short list of bennies the Pilot character used to tweak his ship. And it worked. I didn’t sweat having rules for everything and everyone got the feel of it. I didn’t need to completely reinvent the wheel as I’d done with some adaptations (like Fate for Scion).

THE LAST FLEET
A high fantasy campaign riffing on Battlestar Galactica. We opened the first session with the destruction of most of the survivors with the PC's world collapsing in the background. The few remaining ships fled into the void and with a hope that something lay out there. Each PC came from a different race and different ship. Tensions between these peoples became just as important as exploration and adventuring in the game. Originally I’d planned on a one-year game (26 sessions, bi-weekly). However the players demanded we continue on and we wrapped up the story after two and a half years. And the lessons...

*Let the Players Be Big: I had everyone pick a “role” for their character. Each would play an important ‘official’ in the game. Rather than work their way up, they started with authority and responsibility. It gave them issues they valued and short-circuited the usual PC rebellion against those in power. They made thoughtful decisions and weighed the consequences. It created some of the best rp and community sessions I'd ever had.

*You Can Share the World Building in a Big Way: I used Microscope to build this world. I’d done it before with a smaller game, but this time I had all the players there and I we knew it would be a sustained campaign. I began with a general premise, but let the players define everything else. I’d done this despite several worries. First,  the players would come up with goofy material- or at least ideas I thought goofy. Second, they’d create a world I didn’t want to run. Third, by creating the world themselves they’d remove mystery or tension.

None of that happened. Instead they crafted a brilliant skeleton of a setting that I got to flesh out. They ended up with huge buy-in and investment. Some players added concepts they wanted to play, but ended up being attracted to others’ themes. Everyone enjoyed the world and I could focus on surprising details and interesting incidents. I’ve done several other campaigns using Microscope since then, and when I considering a campaign these days, I think about how the players can help build it. 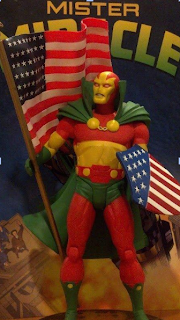 FIRSTWAVE
A multi-arc Superhero campaign using Mutants & Masterminds. I had the players come up with “Year One” versions of whatever published heroes they wanted. We ended up with a team of Nightcrawler, Thor, Mister Miracle, Iron Man, and Mr. Freeze. I sketched the world using concepts drawn from those universes and characters. I mashed villains and heroes into new versions. We ended up with just short of fifty sessions. I ran it online, using Roll20. I’ve written up a number of session summaries, and this decent post on lessons I learned after the second arc. And the lessons...

*Running Online is Challenging: While I’d run an online Changeling the Lost campaign before this, Firstwave represented the first time I’d delved into online tools. We started with Tabletop Forge and moved to Roll20. I’d also been nervous about running a crunchier game with new people and how much the electronic tools would complicate that. But it worked well and it taught me a lot running online.

First, you have to be patient and emphatic. As a GM you’re going to talk over people, players are going to forget they're on mute, people aren’t going to hear you, the call’s going to drop. Keep your hands on the rudder. Repeat statements without irritation and give people a few moments before moving on. Your calm carries the others. Second, pick the level of tools you want and stick with that. I like Roll20. It does what I want and it does it simply. I don’t measure distances, so maps become pretty backgrounds for abstract estimation or broken into zones. It has cool, easy, and stable drawing tools. I can use character sheets (or not). I can easily drop in and label tokens. I can track initiative. I can roll dice. That’s all I need. I don’t care about anything else. That’s become second nature and doesn’t eat up time. Third, online games with tokens and maps eat up more prep time. I have to plan for that. And I have to limit myself in hunting down cool images. Do the prep and don't futz with it when you get playing. Fourth, even more than f2f, the online GM has to be a meeting manager. Establish methods, show a clear order, make sure everyone knows their voice will be heard. Keep things moving. Fifth, only five players plus the GM. For some reason, the moment I get a sixth player, everything slows down and becomes more difficult. That’s not true in person. I have to know my limits and work with them.

JAMES BOND 007
Not exactly a campaign, but a series of sessions where various folks dropped in and out with their characters for the next couple of years. I was fourteen and the rpg had just come out. People used to play in the backroom of the local game store on the weekends. They had a free table, so I ran for a small pick-up group. I’d prepared a prop for it using a tarot card and some marginalia. One of the veteran GMs, the guy who ran Villains & Vigilantes and Rolemaster for my sister, walked over and watched. He was a good five years older and the dude most of the GMs aspired to be. He picked up the card prop and looked at it.

*And the Lesson... I can do cool things.

Meta-Chronology of My Stand Alone Campaigns


Meta-Chronology of My Shared World Fantasy Campaigns
Posted by Lowell Francis at 12:05 PM