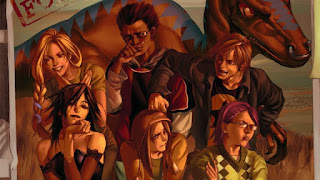 Last night we did a session of Microscope to build the backdrop for our new Mutants & Masterminds campaign. We weren’t building from scratch. I’d run a three arc, 50+ session campaign for this group called First Wave. This new campaign, with new characters, would take place 18 months after the end of the last one.

For First Wave, I’d had them run “Year One” versions of existing superhero characters. They’d picked Nightcrawler, Mr. Freeze, Thor, Iron Man, and Mister Miracle. That let me include and play around with Marvel and DC elements in a pastiche. In this hybrid world superheroes had just begun to emerge, including the PCs. That however turned out not to be the whole truth. Superbeings had existed for decades, but had been kept secret by a villainous group called the Cabal (the PCs would figure that out midway through the first arc). I lifted that concept from the otherwise atrocious Wanted miniseries.

The last campaign ended with many old heroes and villains released from exile in the Phantom Zone. Vandal Savage briefly transformed by New York into "New Apokolips: with time/dimensional villainy. First Wave defeated him with a dimension & time-travelling counter-strike. Afterwards many New Yorkers remembered all or fragments of that alternate timeline: being dominated by robots and rogue supers. Despite those fears and tensions, in the we established in the post-game that First Wave continued as the premier superhero team.

We came into last night with that in mind. I’d told the players our theme would legacy characters: sidekicks, supers taking up a mantle, heroes with connections to earlier ones, etc. Think Young Avengers, Teen Titans, New Mutants, etc. I only created the bookend periods for the timeline; beyond that I tried to keep an open mind. I didn't think about or plan anything for the campaign and I didn't participate beyond a couple of small additions and clarifications during play.

Below is what they did to came up with for the world. I’ve added a few GM comments in red and done some editing . In a few places they made difficult choices about calling something 'light' or 'dark'. What they settled on in each case colored the result heavily.


The group just finished playing Numenera, so apparently the last one was necessary.

Themes for Rounds
Round One: Heroes (Scott)
Round Two: Politics (Carl)
Round Three: The Phantom Zone (Matt)
Round Four: Redemption vs Justice. (Fabian)
Round Five: Dimensional Meta-humans (refugees) (Ben)

Period: Aftermath of Vandal Savage’s Manhattan Takeover
New York works to rebuild and come to terms with memories of a superhero occupation. (L) 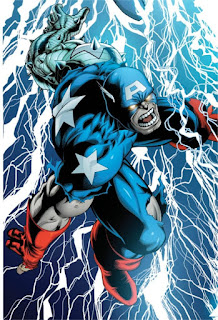 Period: Appearance of Dimensional Refugees
Governments struggle to deal with this influx and the related strains on their economies. This leads to further fractures in metahuman v human relations due to these “alien” metas. (D)

Period: First Wave World War I
As the world spirals into chaos and conflict, First Wave steps in to become the arbiter of international justice...whether the world wants it or not. (D)
Period: Authorities Confirm Vanishing of First Wave
I left this deliberately blank at the start and the players opted not to fill in more here. That gives me plenty of room. 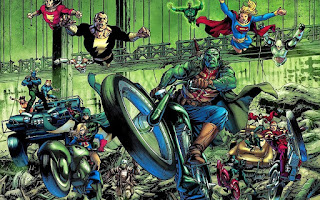 The players continue to dig Microscope. We’d used it for our 13th Age campaign and they’d used it for Numenera. One of the players hadn’t tried it before and he dug it hugely. Including rules explanation, we managed to get in six rounds (a starter one plus one for each player) in about three hours online.

I wasn’t sure what the tone of the new campaign would be. As I mentioned above, they’ll be running legacy characters. I imagined something like Young Justice, Gen13, Infinity, Inc, or Runaways. But I hadn’t expected that to collide with a really dark timeline. The world’s at war, a war of superbeings. Dimensional invaders and refugees have shifted the balance of power. Victor von Doom is the US President. The economy has collapsed. Humanity has seen whole nations destroyed.

And the major superteam, First Wave, has mysteriously vanished.

So this may well be a darker, grittier superhero game than I’d imagined. More like a Netflix series in a devastated New York? Or perhaps it’ll be about some kind of redemption and rebirth from that crisis. We’ll see. I have a lot to think about for next week.
Posted by Lowell Francis at 10:33 AM