WHAT IS IT?
This is a kind of pre-review of the newest GUMSHOE game, Night's Black Agents, written by Ken Hite. I'm basing my comments on the preliminary pdf released with pre-orders of the game from the Pelgrane site. They also sold bound copies at the recent Dragonmeet convention. What you get is primarily the text, not illustrations, but cleanly and usefully laid out. You could easily run the game with the material offered.

This is a game of modern spies taking on the vampiric conspiracy.

UPDATE: For a review of the final hardcover, see here: Night's Black Agents: The Hite Supremacy

ASSESSMENT
This is my new favorite GUMSHOE game and one of the best espionage game sourcebooks I've read. That's my review in a nutshell- I'll present a fuller assessment when the game actually comes out, but it is pretty excellent.

WHAT DOES IT BRING TO THE TABLE?
What I want to focus on is considering what Night's Black Agents (NBA) adds to the GUMSHOE toolkit. For example, Ashen Stars added cybernetics options, large scale vehicle combat, and ideas for improvisation. GUMSHOE is an engine, rather than a generic system. If you know the basic rules, you can pick up most of the other games fairly quickly- but there will be functional differences- in how abilities get refreshed, how weapons work, etc. That approach allows each game to stand on its own and be a solid emulation of a particular genre or genres. I like the toolkit offering and I think it could be easily used to build many kinds of campaigns.

1. Story Structures
Spy thrillers include investigations, but have other kinds of problem solving and information gathering as key elements. NBA covers those, shifting the mechanics and considering more open story structures. Beyond the default cinematic thriller approach of the game it presents options throughout in four different spy "modes": Burn: which considers psychological damage and issues heavily (Bourne, Alias, Graham Greene); Dust: in which the players are relatively normal agents (Rubicon, Three Days of the Condor); Mirror: a game of hidden agendas and player betrayal (LaCarre, Ronin, The Prisoner); and Stakes: games with players adhering to higher natures and loyalties (Taken, Burn Notice). More than any other GUMSHOE game so far, NBA offers supported campaign style choices and options throughout the rules.

2. Characters
NBA has a carefully tailored set of abilities for the spy genre- including Urban Survival, Human Terrain, Tradecraft, Digital Intrusion, Cover, and Network. These last two are interesting in that they represent a permanently expendable resource pool. Each character also gets to pick a specialty from the general ability sets- a MOS- which they can automatically succeed at once per session. General abilities also have a new option called "cherries" which are special abilities which may be invoked if the player has a rating of 8 or more. NBA offers many more options for spends from abilities, but also offers many more options for refreshing and recovering those ability points. Finally, Hite presents a compelling rationale for the ability pools- as a mean for players to take the spotlight and be cool. Spending down gives other players a chance to come forward in that area until the refresh happens. I like this conceptual approach.

3. Drives
Stability serves a major function in the game, essentially mental hit points. Contact with the supernatural as well as bad choices can impact a character's stability. Each character can gain a source of stability, some of which may get "burned" in the course of play. It reminds me a little of some of the Hollowpoint mechanics. Drives get used for more than simply character aims. Instead they offer ways of gaining refreshes. Several of the implementations of abilities and drives in the game remind me of aspects from FATE which I think is a good thing. I like players have some options for gaining benefits by taking losses. There's also a system for tracking trust within a group- allowing for a pool of benefits based on a kind of relationship map within the team. If the campaign includes betrayal, that can get flipped around and used against players.

4. Chases, Combat and Heat
NBA offers an excellent set of chase rules, useful from foot to car to plane. They're easy, but allow for some really interesting tension and choices. They strike the right balance between detail and simplicity. These rules will be useful in other GUMSHOE games. I especially like the narrative options for players. While not becoming a high-crunch system, NBA offers more combat options and maneuvers. These can be chosen and tailored depending on the kind of experience the GM wants at the table- a nice point. The idea of "heat," as in pressure by the authorities, is a great one which can be easily be translated to other games. The mechanics offered for that could be used elsewhere to represent abstractions like loyalty or facade.

5. Tradecraft
As you'd expect, Hite gives us a dynamite discussion of tradecraft and how players can actually apply that in game. Some of that's mechanics and some of its detail and color. I especially like the material on capture and modeling teamwork.

6. Vampires
In this setting, Vampires can be anything. They are monstrous- a point Hite makes clear at the beginning. While the moral areas may fade into the grey, the fact remains that the vampires are monsters. I love that as a baseline, and I think it helps establish a strong signpost for players. Of course figuring out exactly what the vampires are will often be the first stage of any NBA campaign. To that end, Hite offers a dynamite toolkit for building vampires and their agents. This is handled abstractly, choosing from a buffet list of concepts and powers- with vampires demonic and aline covered. Hite's comments about the implications of the choices for the GM make this section worth the money alone. It is great stuff and good campaign planning advice.

7. Gamemastering
It is worth mentioning how much fun this book is to read. There are in jokes, sidebar commentary and examples from playtesting scattered throughout. The materials a pleasure- especially when you come to the sections on conspiracy building, running in European cities, and gamemastering GUMSHOE in general. It offers a number of really great ideas for running any kind of modern game: investigation, conspiracy and/or supernatural. I'd recommend it as a sourcebook for that alone.

OVERALL
I'm looking forward to seeing the final product of Night's Black Agents. I love the tools it offers and I think it has relevance beyond GUMSHOE aficionados. I will say that it is a pretty dense game, and does assume some real experience with RPGs. If you like Spycraft, Conspiracy X or Delta Green, consider picking this up. 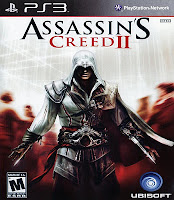 OTHER WORLDS, OTHER LIVES
Like most of the GUMSHOE setting books, this one has got me thinking about slight variations and more extensive hacks. NBA offers a wide-ranging toolkit for players and GMs. A few things occurred to me, ideas that I'll file away for the future:

I was talking with a couple of players about future campaigns and I mentioned cyberpunk. We'd played a lot of that back in the day and I'd even done a street-level superhero/cyberpunk mash up that was interesting. Of course, that was fifteen years ago or more and technology has rapidly advanced. I've generally been negative about cyberpunk as a genre because I'm not a fan of chrome-fetish or nihilistic settings. I like some of the cyberpunk window dressing, in particular the social impact and cost of developments like chipped skills, a shared VR space, and artificial personality implants. I like the rough, leading edge of those developments, rather than the fully integrated situations of most cyberpunk or transhumanist settings. And I like a challenge for GMing, so I have to wonder if I could run an interesting cyberpunk game.

Imagine Night's Black Agents done in a near future- we've seen sci-fi vampires like this in the awful Ultraviolet movie or more recent in Daybreakers. Moving forward to "the day after tomorrow" allows some access to interesting and weird technology, the kind seen in things like Mission: Impossible. You could integrate some of the cybernetic and viroware ideas from Ashen Stars. It wouldn't be that hard to build an interesting and flexible system system- NBA already offers some ideas for how to model "eye in the sky" support for groups. On the other hand, it might be a little too far- double mumbo jumbo- spies vs. vampires...in the future!!! That would be a Luc Besson film.

In the opposite direction, I also like the idea of using some of the premise and mechanics to do an Assassin's Creed II style game- taking place in Renaissance Italy, our characters have been in the service of various cabals and organizations battling across the continent. Then they discover the vampires behind it. So we take the video game and replace the Templars with Vampires. NBA has some interesting ideas for handling chases and parkour, and you could use maps from those games themselves- with characters acting as spies and assassins among the various Italian City States. Look to Mage: The Sorcerers Crusade for additional material. You could even do this as a cross-history or cross-generation nested game with players in one campaign finding the stories and tales of players in another.

Finally, I'd be remiss if I didn't mention my favorite existing RPG nest of spies, Al Amarja. I know it begins to trail off into a high weirdness that might pushing the setting over the top, but it could be a great base of operations or refuge for players in an NBA campaign. Plus, Over the Edge already has a couple of existing conspiracies which could be easily adapted over into the major threats to the world. The Pharaohs, on the one hand, could be retooled to be more vulnerable and vampiric, but still sitting atop a powerful network. The Kergillian aliens could easily serve the same role. I think that could be fun- dialing back something of the most fringe bits of the setting, but leaving a great deal of the color intact.
Posted by Lowell Francis at 4:51 PM