The Fandom Stranger: What Are You a Fan For? 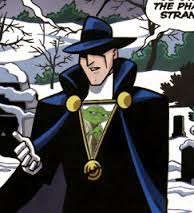 NEWER, BETTER CONTROLS
Assassin’s Creed betrayed my friend Kenny. When the series first came out, he loved it. He went for maximum completion, read through the lore, and picked up novels and secondary materials. He held onto the excitement of that fandom all the way up through Assassin’s Creed III. He threw that game across the room- hating the horrific changes made to core gameplay and controls. The series was dead to him. He skipped completely on IV, not wanting to waste more money.

This weekend when I asked him if he’d played Assassin’s Creed II: Liberation. That game had originally come out on the PS Vita and just been released on the bigger consoles. Kenny had- quickly buying playing through and finishing it. He enjoyed it and that was a mixed blessing. It reminded him what he liked about the series and at the same time what had been lost. It’s too bad. For a long time Kenny was the Assassin’s Creed guy in our group; like Steve’s our Star Trek & Godzilla guy; Dave’s our Fallout expert; Alan knows Lord of the Rings, and Scott’s does anime and Everquest. We some other shared fandoms—I’d consider Ward and Kenny our two Star Wars and Halo guys. I count my wife Sherri as one of the Morrowind obsessives.

In fact I can rely on every several sessions someone picking up Morrowind again and talking about what they’ve been doing…despite years since it came out. Then the table moves to several minutes discussing new quests or characters they’ve seen, glitches which caught them, or how a chunk of the world seems lifted from Glorantha. It doesn’t mean all that much to me- I didn’t care for any of the games in the series. I tried them, but didn’t enjoy them. I’m the Fandom Stranger there. On the other hand, I’m also at the margins when it comes to some other popular stuff. I like Star Trek and Star Wars, but I don’t love them. I don’t dig into them. But I admire the fascination others have for these settings- and I love the lore they bring to the table when discussing them.

So I’ve been trying to figure out what I’d actually call myself “fannish” for. My tastes have changed over the years- I've dropped some things I used to adore. For example, I once seriously followed DC Comics and knew the lore, but not so much anymore. Below is a short list of things I go fanboy for. The definition's loose. These are things I try to watch, read and/or own everything I can related to them. I’ve scoured online pages for additional info. I've hunted down secondary books and resources. I’m completionist about them and still invested. I forgive these things for their faults, make excuses when they’re weak, and stupidly feel slighted when others don’t like them.

TV SHOWS
Inspector Lewis: I love British Police procedurals, or actually any foreign police procedural. But this series hits on all the notes I enjoy- great character dynamics, good plots, the value of the hard-working copper over the inspired savant. Some of the seasons are weaker than others, but I love them and I’ve rewatched many.
Justice League/Justice League Unlimited: This is my favorite of the Bruce Timm helmed DC Animations. I love the characters, especially their take on Hawkwoman. I’ve always enjoyed superhero team books and JLU just confirms that. The tone’s great- a solid mix of serious and cartoony. The season arcs feel satisfying. You also feel the impact of the late, great Dwayne McDuffie’s work on the show. I’ve watched this series through several times. I also held on to the comic book adaptations- several of which were quite good. I will note that I didn’t buy the toys…
Adventure Time: Not having TV, I have to fall back to watching these on DVD as they come out. I’ve also bought the comic book collections, the Fiona and Cake book, the Scream Queens volume, and AT Encyclopedia. And I follow the sub-Reddit. I don’t quite know why I like it so much. Some people I respect for their opinions think it is stupid…but man it makes me happy every time I watch and rewatch it.

COMIC BOOKS
As I said, I used to be a bigger fan. I like a lot of Grant Morrison and bought many of his oddball series (like The Invisibles, Doom Patrol, Seven Soldiers, and Seaguy). But I never felt like I needed to buy everything he wrote. The same with Alan Moore- though when he was on Swamp Thing I religiously hunted down every issue. I went through phases with The Defenders, The Question, and a few others, but nothing that stuck.

Gotham Central: This is the exception. I bought the floppy back issues, the collected editions, and then the reprinted collected complete editions on nicer paper. I love the stories and the way they consider humanity in a world of super-beings. If I ever run a police game, it will be like this.

AUTHORS
I have some authors I follow pretty heavily- PD James, Steven Brust, Tanith Lee, and Dave Duncan. I like reading their stuff and when I want to buy a new book, I turn to them first. But then I have a set of authors I try to have everything by. Three of them have passed, so it isn’t as hard: Jo Clayton, Philip K. Dick, and Clark Ashton Smith. I’ve read biographies, done research, and bought special eidtions where I find them.

For living authors, I only have two. Howard Waldrop’s alt-history and spec-fic remains awesome. I love it even when it goes off in places outside my wheelhouse. Lindsey Davis’ mysteries and stories set in Ancient Rome engage me- and they’ve gotten better over time.

RPG LINES
I love many games, but like so many gamers only a fraction of what I buy actually gets played. And that’s before the relentless steamroller of the Bundle of Holding. I have two lines I own everything for but have never even done up characters: Castle Falkenstein and Mage: The Sorcerers’ Crusade. I might be able to get the first one to the table, but the second seems doubtful. I have three game lines that I’ve tried to buy everything for and have actually played: Mutants & Masterminds 2e; Legend of the Five Rings (across all editions); and Changeling the Lost. The latter two I’ve never done with the actual system- only with homebrews.

There used to be others- Rolemaster, Champions, and GURPS, but each fell out of favor with me over time and I stopped collecting. Many I didn’t replace when I lost copies
.
MOVIES/DIRECTORS
I don’t think I have any series I’m absolutely consistent with following. I have some I’ve bought or watch a bunch from, but few I can claim any fan-expertise for. Akira Kurosawa and Hayao Miyazaki would be the closest. I’ve read some books about their work and have bought special editions of their films. The next closest might be Kiyoshi Kurosawa. I’m still not sure what I think of his work, but I feel compelled to watch everything by time.

VIDEO GAMES
On my wife’s list for would Elder Scrolls (mentioned above); Harvest Moon; the Atelier/Mana Khemia series, and Animal Crossing. Those we have to buy when they come out.

I have three series of games I buy religiously so long as they’re not RTS, Shooter, or App-based. Even then, I’ll take a long hard look at them. I’ve read the background on these series and followed the fiction. Final Fantasy’s an obvious choice- though I came to it by way of Final Fantasy Tactics. I’ve played all the later games and enjoyed them…making me something of an apologist for many of them. I have fun playing even when I know they’re junk. I also buy anything for Shin Megami Tensei, sometimes when I know I won’t be any good at it. For example, I knew Devil Summoner: Raidou Kuzunoha vs. The Soulless Army would require twitch reflexes, but I still picked it up. I bought a PSP just to play some of the SMT games. Last but not least is the SSX snow-boarding and racing series. I’ve bought all of them, even the crappy Wii one with the worst controls ever. I played the new one and had some fun out of it. Yet even as I ran down the slope I knew it would bomb and we’d probably never see another game for this franchise again. The suffering of the fanboy...perhaps an online petition?