Other Nights, Other Agents: Alternate Approaches to NBA 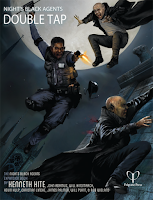 I’ve been thinking about other ways to run Night’s Black Agents. I dig that amazing game; you can read my review. I’ve talked with other GMs about Gumshoe and I’ve written about some of the problems I faced with my group when I brought it to the table as a general system and as Ashen Stars. I also want a stripped down approach for online games, where attention and time pressures impact. There’s so much cool stuff, maybe too much, in NBA. I haven’t even picked up the Dracula Dossier because I didn’t think I could get it to the table.

So if I’m not going to use the core Gumshoe system, what can I try? Below I sketchily describe three approaches. I first went back and looked at all the spy games I have. Mercenaries, Spies, & Private Eyes is a little too retro. Spycraft 2.0 (and I suspect 3.0) is even more complex and articulated. Agents of SWING is just bad. If I wanted to do a one-shot, I might try Hollowpoint, but not for a campaign. I have three ideas below, for better or worse.

If you’re a fan of Night’s Black Agents as is, this will all sound spurious. Imagine me as the Emperor from Amadeus, “Too Many Rules.” Those who have groups that dig NBA and who can make it work online, my hat’s off to you.


Not a goal, but an observation. The setting’s strong and will survive any adaptation intact .. All of the Vampire building can easily be ported over. The Conspiramid works regardless of mechanics. 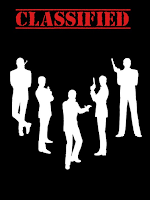 JAMES BOND 007/CLASSIFIED
This system could work, but might be better used for a retro-version of NBA. I’ve mentioned the idea of doing other eras of Vampires in parallel with other eras of James Bond. So Connery’s Bond faces off against Hammer Horror Vamps and late Roger Moore Bond takes on The Lost Boys.

But let’s say we’re going for trying to do contemporary NBA with this. First you’d want to revisit the skill list, consolidate some items (like Boating). Figure out a way to build a list of specialties associated with broad investigative abilities. Let's take the three types: Interpersonal, Technical, Academic. Players have a base score in those, but then pick from a reduced list of six specialties available for each. Other skills would be updated. Looking at the lists again, I think you’d have to significantly retool the skills.

You’d need to figure a secondary damage track for mental health. You could easily work out a damage categories for different mental traumas. You'd rename those damage levels: so instead of a Light Wound you have Light Shock or Light Stress. Do away with the game's reputation system. Instead you work out a Heat mechanism. No one takes disads- if you want those in, they could come from mental trauma in play. I don’t think making equipment scarce has too much of an impact. Q Branch equipment becomes a skill test and resource spend.

Overall, I’m less taken with this approach. I ran a huge amount of James Bond back in the 1980’s. While it’s ahead of its time, the game still has a lot of odd crunch and table look up. Character customization remains basic. If you want characters to feel different, with real specialties, you’d have to make some serious changes. It would be a strong contender for running in another era.

MONSTER OF THE WEEK
On the other hand, we could change Monster of the Week's scope and pulp it up a bit. It offers an episodic system, and a little more crunch to the combat mechanics than other PbtA. MotW's built for grous pursuing and battling monstrous threats. There's a parallel approach in both; groups have to find out about the monster in order to successfully battle it. You’d have to make some global additions, in particular a separate system for Stability. Weird as a stat would go, though you could make that into an interesting press-your-luck global move encompassing Tradecraft, Preparedness, or both.

One approach would be to create individual character playbooks. I’d build these on a selection of Backgrounds from NBA. Many of the Cherries tightly tied to archetypes become moves (Parkour, Sniping). Perhaps some kinds of granular investigative specialties could be also be moves. I’d probably still want to collapse these, rather than the three dozen plus from NBA. Would Cover be a standard move or tied to certain playbooks? Have to think about that. Obviously we’d strip out the supernatural PC elements, though some of those effects might be useful rubrics for other moves.

On the other hand, an easier approach would be a Menu system. The Warren does something like this. Players assign stats and then pick moves from a shared list. Most moves would be one-PC only at the start. You'd have a smaller pool everyone could take. This approach reduces the work. Just go through the MotW moves, find the ones that fit, and create a master list. It does put more weight on the players, as they have to completely build their character. A modified version would have the backgrounds as playbook starters, with a small selection assigned plus access to the general list.

With either approach you’d want to tune some of the Moves. First, you’d reword existing ones to give them a spy-game spin. You’d also have to think about genre-appropriate new moves. Second, you’d consider the granularity of some moves. For example the Crooked has “Burglar” and “Grifter.” These offer complete actions which can resolve a scene and a problem. But what if you want more detail? Let’s say a break-in is more involved and difficult, a centerpiece for an episode. On the one hand, you could do away with that as a thing and just streamline. Alternately you could modify the moves to have them work through stages. Imagine a contest-like system, burning away a target’s reserves. This approach ends up looking like a fight move with effect picks. You could have both if you use one approach for hard targets and the other for soft. Use the same logic to retool Chases. Third, to simulate Gumshoe’s investigation, you might have several discovery moves. Doing a basic investigation nets you a Core Clue without a roll. Then you have the option of risking a roll for additional info. You might have distinct moves for the three investigate categories (Academic, Interpersonal, Technical) with differing associated costs.

Heat offers an interesting option. GMs could track this as a clock. Teams with certain levels of heat open themselves up to Soft or Hard GM moves. Clocks appear in several PbtA-inspired products. That notion could be easily adapted.

I enjoy Monster of the Week and I think it could work. I said pulpy at the outset, but I’m not necessarily sure of that. You could make it more or less deadly, more or less realistic. (I’d probably skip Sex Moves even for a Bondian approach). The drawback lies in the amount of work required to do this. Even the easier Menu approach requires careful consideration. Despite its simplicity, MotW has many cogs and elements aligned. I could get it to work, but to make it evocative would require more effort. 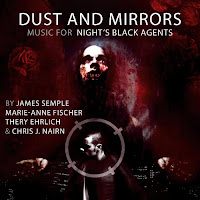 GUMSHOE EXPRESS
The easiest approach might be to simply consolidate and cut the existing system. For that we have to consider Investigative and General Abilities separately, as well as the various extra mechanics attached to those.

Investigative
These operate the same as Gumshoe, but we pare them down. The current NBA list is 39 abilities over three areas. Ideally, we cut that to five abilities for each. GMs might tweak that number. Here’s one way to handle that, off the top of my head. I’d want to consider the strengths before finalizing.


That gives a tight list. Depending on how you play, each individual ability may need a higher cap for spends.

General
I have a harder time with this because I’m not fond of the d6+spend mechanism. As well some of the general abilities are already broad or use a different set of mechanics.

Assuming we stick with Gumshoe general resolution system, we pull out five abilities: Cover, Network, Preparedness, Health, and Stability. The first three would operate as resource pools not requiring a spend. The last two stay as they are. Set those aside. We reduce the rest to seven abilties.

General Abilities: Combat, Awareness, Drive, Technology, Subterfuge, Treatment, and Athletics. Ideally I’d rename these so that each begins with a different initial letter.

On the other hand, let’s say we want to step further away and remove resource spends with ability use. Again we’d first put the five non-standard abilities into their own box.

Then players would have point to set an value for each general abilities. To test that's added to a d10 roll. Set a standard task difficulty, say a 6+ for standard. Abilities would range from 1-5 to start- maybe more; I’d have to look at the probabilities. You could jazz that up with an exploding die (ala Unisystem). As an option, If players tie the score needed, they could succeed with a cost. You could make that cost variable or set it at a -1 to further uses of the ability in the game. Again we could go with the reduced list of abilities above or break things down a little further. I’d say no more than twelve skills. We’d toss the Cherry system- perhaps to return in another form later on.

Let’s say we want to strip things down even further. In that case, we only have four General Abilities: Combat, Physical, Social, Mental. For this I might shift to a dice pool system for resolution. For example, stealing from something I just read, Mutant Year Zero uses a d6 pool system. Players roll as many dice as their score. Here that's the ability plus bonus dice for any equipment. If they get a 6 on any die, they succeed. Difficulty is handled by reducing or adding to the dice total.

MYZ has a couple of additional mechanisms useful for double-duty. Stats for rolls are also damage tracks. So when someone take significant damage, it reduces their dice rolled. In this version, Physical & Combat pool loss could measure Health and Social & Mental cover stability. As well players can “push” their roll rerolling any dice not showing 1s or 6s. They then take damage (or equipment deterioration) based on the number of 1s showing. Other Mechanics: Most of these options do away with granularity for General Abilities. That means dropping things like Cherries and Maneuvers. We end up focusing on simple structures with rulings and adaptations to cover most circumstances. I think most of the other structures easily adapt from here, just collapsing things downwards.

LAST THOUGHTS
Of these I like some version of Gumshoe Express the best. It means the least transition. That makes using existing supplements easier. As well, I think it offers a model for one of my other favorite Gumshoe games, Ashen Stars. It’s work worth doing if it means I can get it to the table with my Gumshoe gunshy group or streamline it for an online campaign.

Anyway, that's a rough idea. Other approaches/suggestions?
Posted by Lowell Francis at 2:26 PM