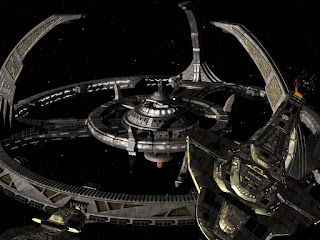 Robert Rodger asked if anyone had done a seed for Kingdom (a top five rpg for me) based on DS9. That's a cool idea so I did up a rough version. Others may have additional approaches or suggestions.

FAR STATION ESCHATON
Once this station stood at the far ends of known space, a jump point for the desperate, established as a watch post for the Confederation. But now things have changed. The formation of a wormhole, reaching into new areas of space has made Eschaton the gateway to a new gold rush and the epicenter of old vendettas.

Customize (pick one answer for each) 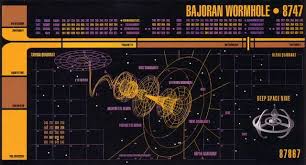 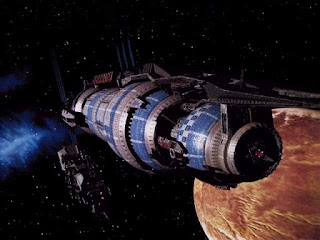 Kingdom notes that when you play “with physically-separated locations…make sure it’s easy for characters to interact in person. There has to be easy transport…or you risk all your scenes turning into boring phone calls.” You’ll probably have most scenes on the station, but I can imagine jaunts out to survey the wormhole, interact with arriving captains around their ships, or visit with officials on the local planet.

You should also discuss and think about the tech level you want to have with this setting. The easiest way is to set the default at Star Trek level, but allow for players to suggest things to add or reduce to that.