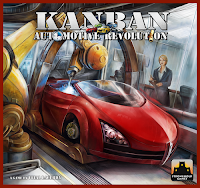 IF IT ROLLS OFF THE TABLE, FIGHT TO THE DEATH
Since it looks like I won't get any boardgaming in until New Year's Eve, I'm posting my pick for the bg's I dug the most this year. They're not necessarily new or even new to me. But they're the ones I got the best experiences out of.

I present these in no particular order. 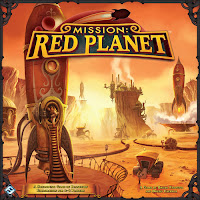 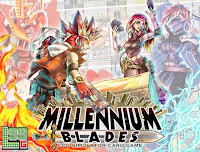 My Top Pick
Millennium Blades: CCG Simulator. This game is crazy and awesome. In it you play Collectible Card Game collectors and tournament players. I have to talk a little more at length about this one. Imagine a setting where a Yu-Gi-Oh-like card-game has become the world's most important sports event. That’s the premise. You’re playing competitors trying to buy booster packs, assemble a deck, sell cards, and eventually compete.

You start with a character card, showing a personality and special ability. I was a heartless robot whose lack of human emotion made him a master player. There’s a “friendship” mechanism where you give tokens to sweeten trade deals. We didn’t get to that in either of my plays. You also get a starter deck, a few cards with some related tech and elements. Beyond that the box contains a massive block of cards. Besides the base cards there are several dozen distinct “booster sets”- packs of related cards. These parody existing CCG games and expansions (MTG, Yu-gi-oh, Pokemon) and various pop culture properties (Mouse Card, Symphony of Destruction, Galactic Caboose, etc). That makes it a huge, modular game like Legendary.

Millennium Blades has two distinct parts. First you deck build. You have some starting cards, you get a bunch more, and you can buy face down “booster packs” cards from the center. While you never know exactly what you’re getting, the backs have icons showing what’s more likely in those packs. You’re also selling your cards to a market and maybe buying other players’ cast offs. It’s a messy, chaotic, information-overload segment. It’s also timed: 7 minutes. Then you get more cards and do it again. Then you actually put your deck together. You’re trying to make a working deck even as other point scoring opportunities distract you.

Then you flip your player board over and go to the other, completely different part of the game: the CCG tournament. Everyone plays cards into their tableau, scoring rank points, zapping other players’ cards, and causing weird effects. Order’s important as some effects work on adjacency or location. At the end you generate final rank points from your cards. The player with the highest gets total game VPs.

Then you flip and do another round of deck building. Twice more.

There’s a big argument about the importance of theme in board games. These designers have created an Ameritrash game of wild randomness. They know their CCGs—every card has a joke or reference on it. You even score points for your deck matching the “meta”. But there’s also strategy. Cards of different sets actually synergize together. In one game a player managed to get an actual “engine” going with cards that used tokens. It’s crazy. It’s so big. How would you playtest for balance? I guess the vast number of elements going in all directions do that.

Here’s the big thing: I didn’t get tired of it as I played. You’re always doing something- first in parallel and then in semi-opposition. I thought it might drag, but the level of engagement required gives it energy. It’s a game I want to play more. 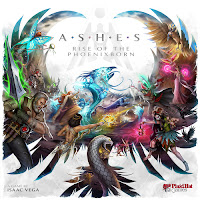 OTHER BOARD-GAMEY NOTES
Games I’d Like to Play More of in 2017 Not on the List Above
Ashes: Rise of the Phoenixborn, Vihnos, Edo, Shogun, Orleans, Fury of Dracula, Madeira, Fields of Arle, Caverna, Rococo, At the Gates of Loyang

Games I Wanted to Try But I Didn’t Get To
Scythe, Imperial Assault, The Gallerist, Thunder Alley, Roads & Boats, Feast for Odin

Games I Fell Out of Love With in 2016
Thoughts? Refutations? Commiserations?

Email ThisBlogThis!Share to TwitterShare to FacebookShare to Pinterest
Labels: board games