Streets of San Francisco: Our DFAE Set Up 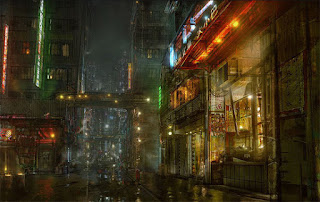 On Tuesday we had our first f2f session of Dresden Files Accelerated. It’s a switch-over campaign for the summer; one of our 13th Age players has class that evening. We filled that spot with another player home for summer break. I’m glad to run this for a couple of reasons. DFAE felt solid when I ran it online. I want to see it in action more. It’s also a chance to run Fate f2f. I’ve done that before, but the dice did not go over well.

We’ve decided on San Francisco as our campaign city. I’ve run games set there before, but it’s literally been twenty years. Neither of those were modern (1930’s pulp and 1950’s gritty cop). So what immediately jumped to mind was just-- Chinese influence, Golden Gate Bridge, Harvey Milk, hills, The Streets of San Francisco TV show, earthquakes & fires, Emperor Norton, and a tradition of vigilantism. That’s about it.

When I set up shop in new cities, my go-to is checking available game-based resources. Most rpg sourcebooks turn out to be set in other time periods (Secrets of San Francisco for CoC and three different cyberpunk books). Old World of Darkness had three products set there: San Francisco by Night (for Kindred of the East), The Toybox (for Changeling the Dreaming), and Loom of Fate (for Mage the Ascension). The first two look the most useful, but they require reading past WoD mechanics and specifics. Plus they’re all at least twenty years old. That’s probably not a big deal since I’m going for verisimilitude over reality.

At the table we established some factions and facts. I want to pull those together and do some brainstorming. We have some cool threads already. I dig how details you create at the table have other implications once you examine them.

OUR CHARACTERS
Seth Gibson: Police Detective. Skeptic. Has seen some things and got drawn into high weirdness. Tied to group patron That person got Gibson’s wayward brother out and away from any Venetori after a deal went south. Gibson’s family is on the dark side; he’s the black sheep for being a cop.

Andrew Hollows: Focused Practitioner—plant magic. A florist by trade. Has some fae blood in him. Had a magical accident in college where he killed his boyfriend. That sent him into the NeverNever where he learned to control his magics. Time passed slowly for him there. Decades went by, but he returned not long after (months? years?). Has been involved with some magical deals.

Master Wu: Clued-In Mortal. Appears ageless. Not exactly supernatural, but something strange about him. Operates a dojo. Gets involved in settling disputes and threats among the weird. He and Sylvie witnessed a magical attack-- the incineration of a building-- they’re still not certain about. 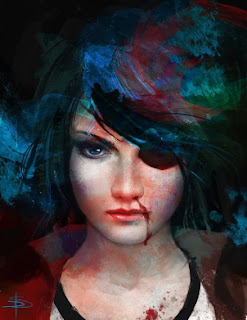 Sylvia Kindle: Knight Proxy for the Winter Court. While the actual Winter Knight’s suffering punishment, Mab has a number of lesser agents who take his place. They’re enforcers and legalists. Sylvie’s in San Francisco to maintain the border between the Courts. She’s been involved in some “cleaning” up after Fae agents who used the city to settle debts.

OUR FACTIONS
Wild Fey: A large community of fae standing outside the two Courts. Community arose in the 1960s and somehow managed to survive and keep its independences. Has some pull with Hollows—connections and obligations.


Chinese Sorcerers: We called them “demon” sorcerers at the table, but I think that’s a bad translation. I like the idea that they traffic with spirits (ala The Girl with the Ghost Eyes). We didn’t establish much else about them. I suspect we’ll tie them to the long tradition of Chinese business, regional, and special interest communities in San Francisco. Big Trouble in Little China’s set in SF. I don’t want to echo that too closely, but it has some elements I can riff on. OOH it could be fun to really buy into that. Maybe that happened?


Werewolves: That’s about all we got on the table. The problem is that the Dresdenverse has many kinds of “werewolves.” In my previous game they were the rage-spirit bearing werewolves. I suspect those in SF will be the more classic skinchangers, like the friendly ones form the book. They’ll have their own agenda here. I want to think about that. I’m going to table those for the moment.

Venetori: We’re going to take this just as a group of human enforcers with power and knowledge. There’s more to them in the books. I need to check and figure out how much of that is in play. In our case, this cell is particularly isolated. They operate with their own agenda. That might put them at odds with the larger order. We established that they’re not above getting their hands dirty, like being mixed up with criminal organizations. We also established they’re heavily armed. They seem overall like a good choice for a faction in immediate conflict.

Criminal Artificers: An organized crime network with access to some kind of magical item creation. These might be one shot or slightly longer use. Perhaps they’ve made an effort to secure a few particular strong items they subvert to power others. We established that their enforcers may be armed with unusual devices. 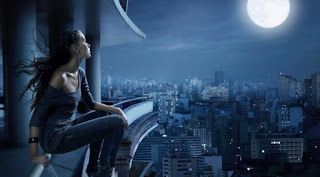 OTHER SETTING STUFF
What about Oakland? I like our focus on San Francisco. Conservative Oakland, for whatever reason, should be a no-go zone. Something’s happened there that freaks out those in the know. Alternately there’s an active magical barrier keeping those they want out.

What’s the set up? Rather than a formal detective agency, we established that the group shares a common patron. They make requests and pass on information. The patron has an agenda, likely secretive. The PCs have met and worked together, but they’re not a “team” for the moment. Master Wu has offered up his dojo as a meeting place.

We also established that there is a threat—something major that’s coming. Exactly what remains to be seen. The group will have to deal with that. I need to develop the patron and their connection to the threat.

Actual Play: We did a brief opening scene. The group established that they were chasing a perp of some kind. They caught him on the top floor of a rickety flop house, meeting with a gnome with a flying hat. As they arrived a goblin on a glider threw a bomb through the window, lighting the room on fire. The suspect revealed himself as a mini-Ogre in a human disguise. A fight ensued and the players managed to keep the building from burning down. They captured all three of them.

We’ll probably start next session with the fallout: what people saw, where the suspects got put. We’ll take as given they questioned and incarcerated them. Questions to answer: what was up with the ogre’s human suit? Why did the goblin firebomb the room? Why was the ogre so small? Why was he meeting with the gnome?
Posted by Lowell Francis at 11:56 AM