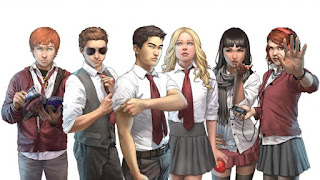 A SINISTER SEMESTER
A couple of times I’ve run a game frame I call “Mystery Academy.” Teen characters get sent to a new and strange school. They can tell right away the school has weird secrets and hidden threats. But the kids themselves are not entirely unprepared. They have their own hidden talents- a magical gift, lost knowledge, ancestral curse, mysterious helpful voice or the like. This is something they haven’t revealed to anyone…for reasons.

The PCs have been thrown together, but now they must bond and join forces to solve the mysteries of this place. That may be the key to a richer legacy or it may protect them from the dangers of the school. That depends on the tone you want. It can be modern fantastic, steampunky, historical, or just high weird.

This concept is inspired by John Bellairs, Morning Glories, Gunnerkrigg Court, Avengers Academy, magic school manga, Moorim Academy, Locke & Key, Tales from the Loop, and a host of other sources. I’ve come up with a quick and easy hack that I think will allow you to play out these kinds of stories. You could obviously use Monsterhearts 2 for this, but that’s a little darker and more intimate than I’m looking for. Instead to keep the focus on teens I’m working with Masks: A New Generation.

HOW TO
First, we’re not using any playbooks. Write down the five labels for your character: Freak, Danger, Savior, Superior, and Mundane. Then assign +2, +1, +1, 0, and -1 to them. These five labels cover the same ground as in Masks. They have the same limits: -3 to +3. Usually you’re shifting labels so if you raise one, you lower another.

You will also write a one-sentence key aspect and a one-sentence trouble aspect. The former you can call on for a bonus. Once per session, you can mark your key aspect to boost the result of a roll by one degree (i.e. 6- becomes a 7-9). You have to explain how that aspect helps you here. Once per session you can mark your trouble aspect and automatically fail a test. This should usually be about you giving into your worst self and  cause you more problems than the group. If you do this, you mark 2 potential and add one to the Team Pool (which we’ll be calling the Trust Pool here).

You also begin with a special item—some object from your past life that contains an important memory, creates an effect, or just looks cool. For this item, choose a Label and a Basic Move. When you do that action, you can use that Label. Describe how that item helps with that. If the Basic Move already uses that particular label, you instead just gain +1 forward on it once per scene.

Finally you should write a short description of your weirdness. What power have you kept hidden? Just a phrase or a sentence will do for this. Until you actually invoke this power, you can change it as you see fit. After this you’ll work setting, backstory, and influence questions, but let me talk about Basic Moves first. 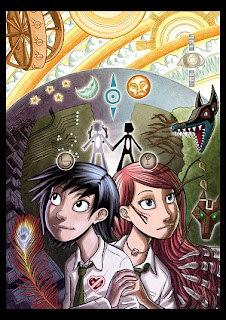 OUR MOVES
Most of Masks’ moves work as described, except that access to Unleash Your Powers is a little different. Keep in mind that in the fiction, you’re playing fairly normal teens. Things which might be possible in Masks aren’t.

If you want to use your strange talent to do something, you always roll Unleash Your Powers. The 7-9 result for that now reads, “On a 7-9 mark a condition or the GM tells you a cost or complication arising from what you’ve done. It may be that the effect is fleeting, it causes collateral damage, it draws unwanted attention, it does most of what you wanted but not all, it changes you for a time, or a similar effect.”

Once you’ve Unleashed your powers once, you can then work those abilities into your fiction for minor or cosmetic effects. Generally the use of your powers should be a serious and risky thing. You may have been told to hide them, they may seem weird to others, they might not be fully in your control. Still your talent is yours to shape; it can be odd martial arts training, pyrokinesis, visions of the future or anything similar.

Peripheral Moves also remain the same. For these read “Team” as the group of thrown together PC schoolmates. Your team pool represents the characters starting to understand and trust each other through their encounters with these mysteries. To reinforce that, we’ll call it the Trust Pool. Team Mechanics work largely the same. The group forms a Trust Pool when they enter together into a charged situation against an adversary. That might be a fight with ogres; it might be another clique of students harassing them.

When you enter into that situation, add two to the Trust pool. If everyone has the same purpose in the conflict, add one. If the group’s off-balance or ill prepared, subtract one. We don’t define anyone as the leader of the group.

When you fill in your potential track you have a more limited set of options:


Once you’ve taken four of these, you make choose this additional option, 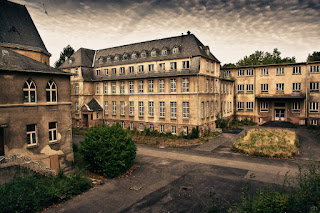 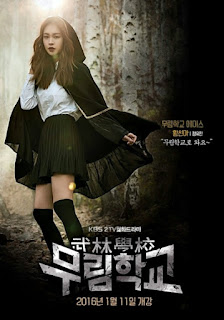 INFLUENCE QUESTIONS
Each player picks two. Give one influence to each person named.
…saved you from bully.
…looks like someone you know from your past life.
…is has declared themselves your rival here
…is related to you by blood.
…got caught along with you doing some mischief.
You trust…and told them a secret about yourself.
You have to prove yourself to…
…seems to know how to handle this.
…has been protecting you behind the scenes.
…scares you because of an incident from your past.
You stole something from…
…is your crush. You get weird when you have to deal with them alone.
You keep trying to impress…but they don’t seem to notice.
You hinted about your weirdness to…and you’re waiting to see what they think.
…is much cooler than you.
…is up to something but you can’t figure out what.
You’ve kept an important secret from…
You hurt…shortly after you got here.
You think…has a crush on someone and you’re trying to figure out how you feel about that.


…showed you kindness when you first arrived.

Posted by Lowell Francis at 2:40 PM