Reign of Crows: A Fate Kingdom Hack (Part One: Set-Up) 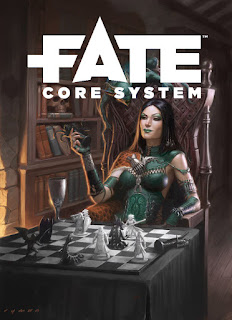 RULE OF ROOKS
Sunday we started the first of four sessions of Reign of Crows. That’s intended to be a “Game of Thrones” style Fate mini-campaign. Everyone plays members of a single noble family within a kingdom. Together they face threats and shifts in power. At the start of the game, the Queen has died, leaving behind a young heir and a regent. The players plot how to advance their agenda, enhance the family, and rise to the center of power.

I like many game systems, but in recent years Fate and PbtA have become my go to for hacking new settings (Hellboy/Atomic Robo, ChangelingPbtA). I’ve also been looking at retooling whatever you call the MYZ/TftL/Coriolis system. Fate and PbtA have different strengths in terms of what they do at the table. That’s a discussion I have had before (and will have again). But of the two, I find Fate easier and faster to hack. It doesn’t require as much time and I’ve learned the pieces to retool. PbtA’s a game with a more connected gears and moving parts. Fast hacks there often lose the essence and strengths of PbtA.

So for my Fate month on the Gauntlet Hangouts I wanted to a least one game involving a deeper, or at least more extensive, hack. Hence this Reign of Crows game. We plan Gauntlet Hangouts sessions two months out. That means I can commit to doing or coming up with something and give myself a hard deadline rather than twiddling around. So thats how we got here.

While we’ve only played the first session, I want to post some of the material. I plan on coming back to look at all of this once we’ve done all four. If you like AP world-building, you can see the session video here. You can also see the spreadsheet we’re using for game notes here. I’ve split this post into two parts. Today I present the set-up information; next post I’ll present character archetypes and stunts. I borrow from Fate Core, Wrath of the Autarch, Dresden Files Accelerated, various Worlds of Adventure, Blood & Honor, and other sources. The material below what I presented to the players. 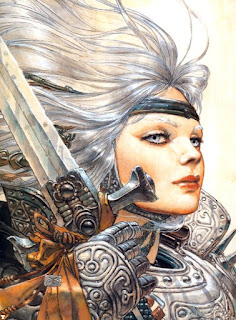 WELCOME TO THE REALM
On Sunday, we’ll be doing both character creation and some world building. For characters I will have archetypes for everyone to choose from. These represent your character’s focus and source of power.


We will be using a modified version of Fate Accelerated. Characters will have Approaches, Aspects, and Stunts. To make things easy, I’ll have a set of stunts for each archetype. My plan to use FAE lightly, as a framework to resolve plots and moves. In a sense, the resolution may be closer to PbtA with you figuring out costs and complications to enact plans. Generally I keep my Fate light, so I wouldn’t worry about the rules too much. Basically I want to see what you’ll do with the tools provided.

If there’s any major mechanical difference, it will be that groups have Scale, called Tier here. Larger, more potent, and better organized groups are harder to affect. That’s pretty simple.
Play will (generally) follow this structure for a Season/Session—


For Session One, we’ll also determine a few facts about your family as well as the Kingdom as a whole. To make sure we can get things done, I've set up some of the structures. I’ve broken things down into 20 major factions. You can see those on the spreadsheet below. Each of your will get a Row. You’ll assign two standard and one trouble aspect to each faction in that row. Each row also has a couple of factions with “???” in their description, meaning you’ll get to say what they’re like.

To make things easy, you’ll find a tab with example standard and trouble aspects. When we do this, you should feel free to use those. I’ve also added a tab with some random fantasy names as well as the random event list in case you want to look at that.

SEASONAL ACTIONS
What can you do as a seasonal action?


…and anything else which sounds cool… 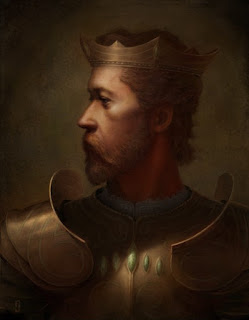 TESTS
If you’re doing a personal test—your character on a small scale, you’re just rolling your Approach (the first column). If you’re acting on or via a group or faction, you roll Approach + Influences.

You roll against a known difficulty (set or rolled). Know that targets of a higher tier are harder to affect; stronger targets have higher resistance; and the less a faction likes you, the harder it is to affect them negatively.

Anything that affects another faction has a cost. The GM will tell you that cost—one for something basic; two for something complex or longer lasting; three for something permanent. You can see the list of example costs below. If you succeed, you’ll pick your other cost. If you tie or fail, the GM picks your costs

BUT you never have to fail when you roll. The trick is how much you want to pay to succeed. Aspects most basic currency for this. Each aspect you invoke, by paying a fate point or using up a free one, gives you +2 to your result. But you can also pay with other resources:


Look at all those options! If you beat your difficulty—through good rolls, spending costs, or whatever—you succeed. You do what you want. If you do well, you can spend your extra shifts on things like…


…and anything else you can sell me on 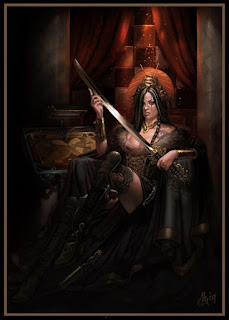 Next post, archetypes and stunts.
Posted by Lowell Francis at 2:06 PM