Hearts of Wulin: What Next? 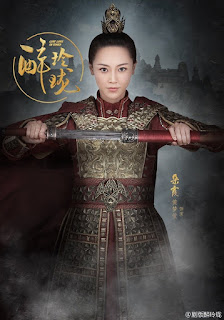 I ran the last session of Hearts of Wulin PbtA yesterday. I tied together several character threads, put two PCs in the spotlight, and significantly changed some entanglements. Down below I’ve put links to the session videos and my previous posts on the system. Today I want to consider some of the material I need to develop if I want to make this a full-fledged game. This isn’t everything, but its where I plan to start.

Side note: I used a PbtA “Love Letter” this weekend. That’s not a technique I’ve used much before. But we had a player miss session three and return for four. It generated cool story changes and worked well. I need to remember these for longer campaigns with characters dropping out and popping back in later. Here’s the letter’s text:

You went to protect your brother and remove him from the dangers, but also to consult with your parents about the potential marriage arrangement. When you confront your parents, roll. On a 10+ they hear your words and understand that what they’ve done may be premature. However to keep face they require something significant of you. What is it? On a 7-9, they’re upset with you and it creates a rift. They will instead offer your brother’s hand in marriage to Zhen Ai. How does this reshape your entanglements? On a 6-, they command you to accept the marriage and formally announce it.

GM PRINCIPLES, AGENDAS, AND MOVES
I ran this rough draft of Hearts of Wulin without a formal set of GM practices. Instead I relied on my sense of the genre and conventions. Now I need draft guidance for what that actually means. Looking back at sessions, I’ve spotted opportunities, moments where I could have deepened the setting without too much intrusion. Based on that I’ve assembled a preliminary set of GM elements—complementing more universal PbtA admonitions. 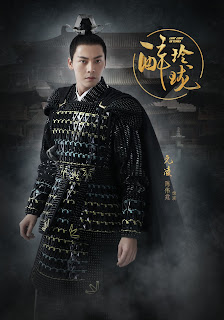 SUPERNATURAL STORIES
As it stand right now, Hearts of Wulin could include supernatural elements. There’s no reason to keep that out of the fiction. But the mechanics don’t incentivize or enhance that. I want to develop an optional material to help simulate movies like Bride with White Hair, Green Snake, and Zu Warriors. There’s a fine line between the heightened abilities of martial arts in these movies and actual supernatural forces.

I can think of three parts to support that: a) new roles for the playbooks; b) new standard moves; and c) material covering supernatural forces in the setting (ghosts, wizards, gods).

I would be cool (and symmetrical) to have a new role for each playbook. Off the top of my head, I’ve considered: Exorcist, Alchemist, Monster Hunter, Taoist Magician, Cursed, and In Human Guise. This last one would represent supernatural forces who have taken another form to interact with humanity: Susu from The Sorcerer and The White Snake, Monkey from Journey to the West, or Xiaowei from Painted Skin. We’d handle that as an open secret at the table.

I imagine the Exorcist/Monster Hunter would have the ability to resist the influence of and interact with their respective sphere of influence. For each they’d also begin with an entanglement related to their work: a ghost who loves them, a monster they protect, a creature seeking revenge but tied to someone they care for. The Taoist Magicians often deals with ghosts, so maybe it doesn’t need its own role move. I’d also like to steer away directly from things with real world analogues. I’m not sure about the Alchemist and what they could do. Both Qin the Warring Era and Legends of Wulin have systems for this, but I don’t want anything elaborate. Maybe more an herbalist.

I have an idea for The Cursed, but it’s rough: You have an additional condition called Friends & Family. Any time you mark a condition, you may mark this instead. If you do so, a future scene will showcase a terrible event or encounter having happened to a close NPC. They might be injured, haunted, or even simply angry at you for an unclear reason. You have to deal with their problems to clear this condition.

I wonder if additional Basic moves would be needed. There’s a trope in many of these movies that supernatural elements terrify the hardiest unless they have preparation. I might not need anything except Overcome and a consideration of Scale. As for going detailingr the supernatural—probably worth assembling some general discussions of those tropes and maybe laying out some fronts.

REVISING BASIC MOVES
As you saw in my Basic Moves post a few need significant re-tuning. I don’t think require complete retooled, but we will see. With more play we might discover which moves get used and which get forgotten. In a couple cases how I ran at the table varied from their text. I need to reconcile that. For example, I originally intended that the Comfort & Support move wouldn’t clear Conditions in a conflict situation, only outside of that.

At the table I let the players do clear those in a fight because it felt right. Not permitting that would have shut down interesting choices and limited things. In a PbtA game aiming for tragic pressure on the players that might be right. But for one that embraces empowering action it wasn’t. So I need to stress test other moves to see if we’ve got other frayed edges.

REVISING THE PLAYBOOK MOVES
Changing Comfort & Support in turn meant I had to change at least one playbook move. In general I’m happy with the starting playbook choices. They reflect the kinds of characters I expect from this setting. Some of the moves seem a little derivative and I need make them feel like they’re part of the wulin world. I like eight moves each; I wouldn’t want to do too many more. They’d have to be pretty cool to add them.

On a related note the playbooks right now say that players can create custom moves for their style as an advancement. I need to provide examples of those and guidelines for building them. I don’t necessarily want to go down the rabbit hole of pre-built styles but I need to figure out what those could look like. 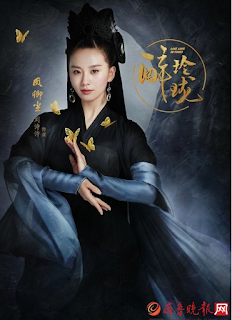 GENRE SUPPORT
If I want to write this up as a formal (and publishable) project, I need develop materials which can help someone get into and run this genre. The GM Moves will establish some of that. Tweaks to Basic and Playbook moves to deepen flavor will help as well. A list of suggested viewing and reading’s a must. To supplement that I want to go through some of the classic movies and books examine them in the context of the game. Jianghu Hustle does a great job of analyzing films to draw out their wulin and gameable elements. I’d like to do something similar, but talking about what moves occur at particular moments in these movies. I’d also like to walk through some of the best wuxia TV series to show what a great resource they can be.

OTHER CONCEPTS
I had additional concepts I didn’t develop for this first draft. I don’t know if they’ll be worth pursuing. For example I thought players transitioning might transition between the five archetypal playbooks as their characters grew. Moving from X to Y playbook would open up a special move tied to that shift. For example a character changing from Loyal to Outside might have the “Disillusioned” move; from Aware to Student might gain “Broken Path;” from Student to Bravo could have “Worldly.” I don’t know if it’s a worthwhile goal to come up with twenty of those or not.

AWARENESS
I love these movies and stories but I’m also an old, white dude. If I tune this publication I want to have Chinese and other Asian readers look it over. It’d be great to have someone familiar with Chinese wuxia series especially give their input. These are flashy, melodramatic stories—often soap operatic-- but I don’t want to end up with a parody or something that just revels in exoticism. I also need to get someone familiar with Korean swords & history dramas. How do they differ and what kinds of tools might we need to better serve those?

ORIGINS
I always take one of my own games to Origins Games on Demand, though they’re often not picked by players. Last year I did all Tales of the Loop and The Veil; I never got to run Magic Inc. I’ll try again with HoW. With some tuning it could work as a one-shot: two entanglements, list picks for names, pre-set factions, simple playbooks. I might create NPC cards with pictures from my Pinterest board to help evoke the setting. If I’m going to do that I’ll probably run a couple of two shot sessions for the Gauntlet Hangouts in May. A split online two shot’s probably the equivalent of a f2f four hour game.

I still have a bunch of work to do, but that’s the basics. Thoughts?
Posted by Lowell Francis at 4:19 PM