Threeforged Design Challenge: On to the Voting

I participated in the ThreeForged Design Challenge. Participants wrote up 1000 word rpg design, with the expectations it would be unfinished. This was then anonymously sent to another participant who worked on it and added another thousand words in this second round. Finally those which made it went on to a third stage designer who added two thousand words. Designers had no control over the theme or mechanisms of the game they got. I think that’s awesome and potentially forces a designer to engage with something they otherwise might not. They could make changes and adjustments, provided they kept the central concept.

I managed to get through all three stages. If I’m reading Paul Czege’s notes right, he had 127 original submissions and 117 of those went from Stage Two to Stage Three. Then 102 made it out of Stage Three. That’s a decent success rate for something with a fairly tight deadline. However, my Stage One design didn’t make it. I’ll post that up once everything's done and anonymity lifted. I’ll seriously disappointed because I dig the concept and I wnated to see how others developed it. I'm curious about which stage it died at and it that failure arose from schedule, dislike, or something else. My Stage Two game did get finished. That’s an odd one, as I’ll explain once everything’s finished.

In any case, you can download and read each of the 102 games here. If you read at least five of them, you can vote. I’ve started working my way through and found a couple I adore. One thing I’ve come to realize in this is how trad my approaches are. I think I’m OK with that, given that I’m willing to play more experimental games. 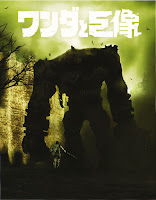 SCRAPS
I went through four ideas I rejected before I came up with my final entry. Here’s some text from one of those I started but set aside.

Sorcerers warred generations ago. They’d created great and vast constructs and devices to control the vast hollow world we live in. In the war they turned these devices against one another, allowing some to create more of themselves, teaching others to make magics, and etching perpetual rules in the minds of stiil more. Eventually there were no more Sorcerers, but their Relics remained. Some became quiet, while others became as gods for certain isolated cities and strange lands.

For most, they are monsters. They range from swarms and small man-sized beasts, to larger creatures as large as a small village, still others roll across the land itself, mountains that crush all in their path. Sometimes these Relics meet and they devastate the landscape. They’re made of scale, flesh, stone, steel, magic, air, fire, and other substances. Some appear almost natural, while others have sharp edges and gaping seams.

To protect settlements, a class of warriors has arisen. They hunt these relics in bands. They begin small, and even then they must rely heavily on luck. But from those fallen foes, they can forge weapons and armor to battle greater relics. They gain renown, become heroes, and eventually think to take on the largest colossal relics and protect their people. They fail, but others will try.
Main areas of play:


Push your luck mechanic: Players, in different roles, have to pick away at a shared objective (a beast in this case). Roles must be distinct. The roles should complement each other.


What are their objectives in battling this beast?


To Advance: Satisfy a Need, Take a Trauma, or Upgrade Equipment

Posted by Lowell Francis at 2:26 PM