The Sprawl: Hacking It for Night's Black Agents

NOT GRIMM'S CYBERTALES
I’ve run seven sessions of The Sprawl this year. The rules for this cyberpunk PbtA rpg grabbed me when I read them. But when I went to play the actual game differed greatly from what I had in my head. That discontinuity left me unsure. A few months later I reread it a couple more times. I’d played a lot more PbtA in various flavors in the interim. This time I saw how the game’s unexpected granularity actually worked for it.

Then when we wrapped our 30+ session Mutant & Masterminds online campaign I had a short window before the next GM came in to run Pathfinder. I wanted to run something more abstract for the group, but with interesting mechanics. I put forward Blades in the Dark, Urban Shadows, and The Sprawl. Several of the players knew classic Cyberpunk 2020, so it felt like a good fit. And make no mistake, despite the more story-game orientation, The Sprawl is classic, down & dirty, mean, and hard-edge cyberpunk. It will chew you up and spit you out.

I’ve been recording our sessions. If you like actual play videos that only show the Roll20 table, then I’ve got a treat for you. Session 4 features a PC having his eye torn out by an Uplifted Cyber-Lemur. Session 6 showcases the group completely blowing the mission and losing all their money.

But right now I’m thinking about adapting the mission-based structure of The Sprawl to Night’s Black Agents.

Night’s Black Agents is one of those game premises that I dig, but probably won’t run online. It has more game-tech than other GUMSHOE games. Sharp, flashy, cool chrome that deepens the experience but makes it much heavier. I could handle that weight f2f, but online—with the additional barriers that presents—I wouldn’t want to. I’ve run a streamlined version of Mutant City Blues, another GUMSHOE game. That went decently, but it probably wasn’t the best to start with because of the additional balance and complexity of super-powers.

That complexity feels even higher with Night Black Agents. Yet I wouldn’t want to do a streamlined “GUMSHOE Express” version. I’m not sure I could do a successful lite version that cuts it down and throws away things like the cherries and diverse ability lists. Instead, I think I need to break away into another game—using that distance to give me perspective. I’ve talked about NBA hacks before, and here’s some first thoughts on this one.

KEY ELEMENTS OF NIGHT’S BLACK AGENTS (FOR ME) 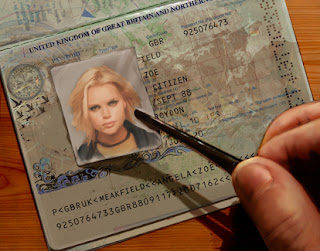 MECHANICAL FRAMEWORK
In The Sprawl, players begin by defining Corporations they have a relationship with. For each one they start a clock. In typical play you run against or for these corporations. The clock measures how much attention you draw. When it fills, the corporation responds with extreme force. Other reactions may trigger at lesser levels. Additionally players may be connected professionally or personally to these corps. In a four player game, you’ll have five corporations on the table. One for each player plus another for the GM.

In a Night’s Black Agents hack, players would name a group, faction, or nation where they encountered the Vampiric Conspiracy. (Bulgarian Secret Police, Bludcorp, The Grengari Crime Family, Delta Cruise Lines, the BBC, Radical Alt-Right Finlanders). These become clocks on the table. However instead of one, we have two each.

One tracks that heat, but the second clock shows how much information the team has on that group Missions generate additional info--- details the GM gives (linking clues and background clues). When one of those clocks fills, we connect that to another, higher step in the Pyramid. That’s a new group with a new clock and another step towards the force at the top. That process also provides significant information towards the big picture. It might also increase the clock of an associated organization on the same level.

In The Sprawl, players choose a mission after getting the basic details. They stake credits towards it which determines their payout. They then make a “Get a Job” roll affecting how much they know, what they get paid, and how much attention they draw. For this hack, players shape their mission more. They decide a target, type, and goal. The target is one of the organizations on board or something else we’ve heard about. This can come from some earlier fiction to require some legwork. We still have a mission set up roll, representing the pre-planning phase.

Mission type defines generally what they’re trying to do: theft, infiltration, assassination, exfiltration, surveillance, contact, etc. If we want to steal a little from Blades in the Dark, we could use that game’s “Approach” roll in combination with this. We could use that at the end to cut right into the action. It might not be necessary given The Sprawl’s structure.

Finally players choose the mission Goal: Information, Cash, or a Mix. Information adds to the organization clocks and likely GM revelations. Keep in mind that the PCs have several objectives: figuring out the shape of the conspiracy, learning who has been compromised, understanding enemy methods, and discovering how to actually fight these things. Cash gets them the money they need to buy things, pay for informants, and keep going. Mixed is a little of both, a compromise.

Players will make and confirm those choices in the modified Take a Job and Get Paid moves.

While we’ll have reaction clocks for each corporation, we’ll also have a local heat clock. When a team goes to do a mission normally in The Sprawl, we start a Legwork and Mission clock. Legwork measure how much info they’ve given the enemy in their preparation. The Mission clock abstractly measures how badly things have gone. When that clock fills, the job’s blown. The local heat clock would set the minimum for the Mission clock in that region.

When the Heat Clock fills, local authorities send someone after you. That clock then resets to zero. I’m considering that there might also be a Grand Conspiracy Clock. Each time you fill and reset the Respond with Force clock, you tick this up one. When this bigger clock fills, the conspiracy as a whole perceives you as a legit threat and comes after you in full. 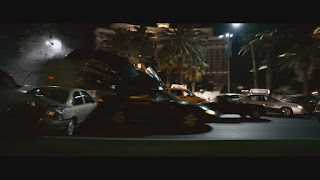 CHASES
Chases, pursuits, and manhunts are key sequences in spy and action fiction (Bourne, US Marshals, James Bond, etc). It’d be easy to do these as a simple done-in-one move for a PbtA game. But I’m not sure that’s the best way to handle this for Night’s Black Agents. The Sprawl breaks Hacking into several discrete moves because that’s a major sub-system in the fiction. While I don’t think a chase quite has that weight, but they’re cool enough that “thriller” sequences might warrant developing.

So I want something to cover escaping from pursuit, chasing someone down, evading a dragnet, or organizing a manhunt. For that I want a slightly more robust PbtA system. Two criteria for going to these moves: there has to be more than one player involved and the moment has to be awesome and colorful. If either of those isn’t true, then we can go a single rolled move (an Overcome or something similar).

For what I’m going to call the Chase/Getaway move, we have the usual three tiers of results: full success, success with cost, and failure. We might have slight variations on it for the different kinds of “thriller sequences” I mentioned above. Ideally I can write this as single move so it doesn’t clutter things.

For the Chase/Getaway, we have three exchanges to resolve the full sequence. We stop off in each exchange to establish the fiction and color the results. Each round one player’s the primary roller-- the person we’ve got the camera on. If the group’s together, a player can Support by describing how they’re helping (if they’re not driving then they’re shooting, mapping, etc). If we have players in different locations then we divide them into three sets. We alternate between players in each exchange.

The PCs begins with a score of 1. Each exchange adds to the final result total. A 10+ result adds 4 points. A 7-9 result adds 2 points. A 6- result adds 1 point. Add to that the usual costs and complications of those results. So if you rolled a 6- in this part, you might take a hard move like a damage, loss of a contact, destruction of resources, or increase in heat. Ideally each of these three exchanges wouldn’t slide into another rolled move outside the sequence

In the end we total up the scores from those exchanges to resolve the final results from the Thriller Sequence. Roughly, that would be:


Different kinds of extended sequences have different results for these, but generally they’ll amount to failure, success but with a cost or ending at a disadvantage, and success. I’d have to think if we want different moves written up or we can simply put them together. It think the “driving” vs. “shooting out the window” would be functionally equivalent. We alternate between characters.

PLAYBOOKS
Probably the largest challenge in this will be deciding on the developing the playbooks. Night’s Black Agents has many “MoS” ‘classes’ with a lot of overlap between them. One way to handle that diversity would be how The Warren does it. You have one or two moves which define your characters key concepts (Sniper, Tech, etc). But then there’s a larger generic set of moves. If players have a relatively small number of personal moves, this could work.

That’s for the future though, right now I’m just noodling around on the viability of this approach.
Posted by Lowell Francis at 4:10 PM