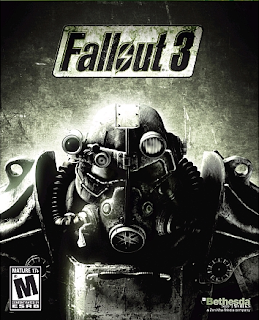 So that was a strange week of gaming.

We had the power go out Monday morning running through until late afternoon on Wednesday. It cooled off, but began swelteringly hot. We lost pretty much everything in the refrigerator which was annoying. Add to that being cut off from internet, waiting for news about my brother's baby, an editor having a hissy fit, and general craziness.

Tuesday we did another run of the boardgame prototype. I managed to win pretty decisively. Most games have been fairly close and even this one was within 10% between first and second place players. But I managed to get a solid lead that was hard to make up for the other three players. We talked about a couple of tweaks, one of which included throwing away a key rule which had been in since the beginning for game balance. We're going to run through and see what throwing that out in favor of another approach (to turn order) does. I think we're 95% done with the game's design. Anything we're doing now are really little shifts. The game plays well. The next stage involves figuring out how to make the nicest prototypes, then figuring out labor and costs for actually publishing the thing. That's going to be the most involved step.

On the RPG front, I managed to go 1 for 3 in games this week. First, on Thursday I went to run my Changeling campaign. I was starting to feel tired a little late in the day. I'm not if from stress, something I ate or whatever. When we finally sat down to play, I completely locked up. The players recapped where we wrapped up the last session and I suddenly realized I had no memory of that. I'd done some prep work and notes, but I'd completely forgotten the main, specific and next step cliffhanger I'd set up for them. I had total brain freeze. I apologized and asked if we could perhaps just do a session with some Q&A, maybe to answer questions or fill in gaps. That lasted maybe fifteen minutes before I locked again. I had to tell Sherri to write her question down, because I couldn't come up with an answer. Then I asked if I could go to bed. Which I did. They stayed and worked on redefining the Hollow for the Motley for another couple of hours. I woke up about four hours later with a pounding sinus headache. I ended up slamming some sinus medicine which kicked in after another hour and let me crash more solidly. A bad night- and awful because we play every other week so I have to wait to make up for that. I love that campaign and I hate having to bump it like that.

On the plus side, Dave E. provided the climactic session for his Fallout campaign which has lasted sixteen sessions. I learned a lot from watching Dave run. He did an amazing job. The final episode capped a really well thought out approach to the setting. Fallout's not a property I've had any particular fondness for. I'd only seen a little of it from playing the original game on the PC. But Dave really brought out all of the details and provided an amazing tour of the world. He worked carefully to provide stakes and interests which felt natural. They weren't simply backstory, but instead evolved through play. I just want to point at a few things Dave did really well.

1. I've mentioned before the framing device Dave used. We started the game, before we introduced ourselves with our characters in an open-topped vehicle driving towards a town. In the distance, we see a mushroom cloud and then get hit by a blastwave. We come too, rescued by Brotherhood of Steel operatives who roll us in to be debriefed by their scientist, Dr. Schwartz, about what happened. So then we flashback to the actual start of the campaign, some time before that. So the first half of the campaign follows that device, with Dave occasionally interrupting to ask for clarification in the character of Dr. Schwartz, and using him to remind everyone where we left off the previous session.

I thought that was great- but then Dave raised the stakes. We got to the session where we ended up with an open-topped car. So now we knew one piece of the puzzle was in place. Then, while away from our hometown, we discovered that an atom bomb had been stolen. So we rushed back home, and along the way deciphered a broadcast communication which told us who the turncoat there was...and who his handler was.

Because the voice on the communication directing the agent to blow up the city had a German accent. Just like the doctor questioning us, who had draw out of memories in order to see if we'd figured out he was the bad guy. It was a great revelation moment that absolutely worked.

2. It worked in part because Dave had done a huge amount of prep work creating audio files. Each session he'd prepared a “radio broadcast” just like in the Fallout 3 campaign. These updated us on events and also provided some nice player affirmation as news of our successes spread. It was a great tactile device and prop. We picked up various scrambled communications along the way as well- and when we managed to decode them, Dave had files ready of those. So the audio reveal of the Doctor's involvement had been laid out magnificently. I really admire this device because it worked, it was easy to grasp in small pieces, and it had relevancy to the game play. I'd been in another campaign which used an audio tape as a prop, but despite being neat, it ended up being unimportant to the play and difficult to reference. Dave, instead, kept things short and put the audio files up on a site.

3. Dave seriously reskinned our homebrew rpg system to work with Fallout. He built a nice background system with professions and archetypes to help players who might not know the setting and/or the game mechanics. He introduced a very cool called shot system (based on VATS) and a mechanic for handling ammo depletion without tracking. He also developed a system of “Perks” based on Fallout. These are special talents and bonus for situations. For this came out one of my favorite concepts- the idea of scarcity in play. First, each Perk can only be taken by up to two players. That adds value to each perk and created a competition between the players. Second, we didn't get experience points. Instead at the end of each session, Dave distributed stacks of cards. We got to pick one from each stack. One stack had character development cards: new skills, drama points, attribute increases, new perks. The other stack had cards with one time special uses, skill successes, and just generally cool stuff. Some cards actually worked with other cards. Dave had created these, complete with illustrations. Each Dave created a sense of scarcity there- with real consequences for making certain choices. It felt right at home with the Fallout setting.

4. There's a bunch more, but I'll leave off with one final thing. Dave had left us with a major cliffhanger last time, and we immediately got thrown into a major awful situation this sessoin. I mean, really super deadly and dangerous. We managed to get out of it by the skin of our teeth- expending heavy resources to do so. We killed the bad guys, and blew up the HQ building. Hurrah! I was certain that this would be the end of it. But it wasn't. We'd freed a number of non-combatants and it turned out other people we'd messed with had a convoy of combat cars coming our way. So we had to commandeer a battle bus and make a break for it...leading to a chase sequence, with the group fighting off attacking autoduelists from the moving bus. Then we busted through the gate of the city and made our way out. Huzzah! I was certain this was the end. But no! Now a horde of these marauders came up on our tail- like the end scene of Beyond Thunderdome. We used up every trick in the book, killed off a big bad guy who escaped the earlier explosion, and fought our way free. Each time I thought the campaign was done- Dave raised the stakes and the tension. It was great.

So a great session and a worthy finish to that campaign.

Then I ran my game last night. We'd had a huge break between sessions because of summer and various business. I'd left off with a massive cliffhanger and with the group out of their element and away from their usual haunts. In retrospect, that was a mistake. It meant that what communication and rhythm the group had was missing. People weren't really invested and weren't communicating well. And quite frankly, I did an absolutely sh*tty job of running. When the break into the second act of the session occurred, one of the players suggested a completely new and totally sensible option for dealing with the problem. But one I hadn't even considered which caught me flat footed. It was a good option and would have been at least as interesting and would have made more dramatic sense. But I allowed my hesitation to color my response to the situation. And instead of presenting that as an equally valid option, I hesitated, which some of the players latched on to and that path got cut off without any real discussion.

And that seems to be a big problem- players not listening to one another, players not valuing other players' input, and players bullying one another with metacues and social behavior at the table. It was an unpleasant mess. I handled it badly and let a couple of the players run roughshod over the others. I was sure how to handle the not listening to one another. There's a lot of social dynamics there I don't like and I'm really not enjoying running that. It has been good in the past...at times. But often we get some really selfish, paranoid, and uncharitable play at the table. I'm going to try to go in with a stronger game plan next session and see if we can get things solid and balanced. If not, I think I'm going to shut down that campaign. I'm a little spoiled in that the dynamics and group play at the other tables I run for are so strong. People play nice with one another, they play off of one another, they're good about not stepping on one another's toes, they don't steal other people's thunder and don't assume other people are stealing theirs. That makes a less gracious table more difficult to deal with in comparison. Anyway, we'll see in a couple of weeks.

Posted by Lowell Francis at 4:23 PM