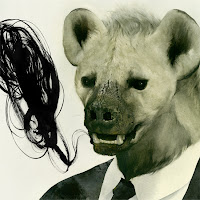 Last night we went through the city creation process for our new Changeling the Lost campaign set in Las Vegas. We used a hybrid Microscope/Dresden Files approach with G+. The group built some big picture elements first (some I’d already established), then the details of the city (Persons/Places & Rumors/Questions). Each participant also added a new faction to the mix. I think what continues to amaze me about this process is that it greats great details while still leaving the GM enormous room to construct the campaign as they see fit. For GMs who worry about control- I’d say give it up and enjoy the fun of building around the concepts your players craft.

BIG PICTURE ELEMENTS
New Contracts Require Action
Once a changeling has bought into a Contract set, they can purchase higher ranked clauses as they wish. However to buy the first item in a Contract set requires some kind of symbolic action. They can undertake a quest, seek out a mentor who knows the Contract in depth, commune with a significant representation of the Contract’s sphere. In practical terms I’ll require the player to spin a brief narrative riff to justify their purpose- and may negotiate some hurdles to jump through.

Special/Symbolic Actions to Bank Glamour
Each Changeling may choose one of the Contract sets as key to their identity. They may then take actions in game to bank some extra glamour which may only be spent on those Contracts. The most which can be banked at any time is three points. The action take should be related and require some time. Sherri’s example was taking positive and good karma actions on the part of her Ogre Witchtooth to empower her curses. Players can develop this in play.

Keeper: The Director :D (Howard Hughes)
Hughes’ madness reflects his change from human to Changeling. Ambitious and strange, he then went further eventually evolving into a Keeper himself. His influence and attention linger in the city he built.

Dual Kiths Allowed/Encouraged
Players may choose two kiths, one as their primary and one as secondary. This grants two distinct kith abilities. Characters who opt to be single kith will gain some extra points for character creation.

Blasted Glass Hedge Entrance
The one of the nuclear testing sites outside Las Vegas has an anomaly reaching from the real world into the Hedge. A plain of blackened blasted glass, still radioactive, lies well behind military fences. It has a gateway into a sparkling Hedge made of bright crystal, with trails strewn with broken glass. Pin-prick glass splinters rain like snow here, making it doubly dangerous. A path to here from greater Las vegas has not been discovered. Rumors suggest amazing secrets and treasures hidden in this isolated place.

Accessible Court Contracts
The Courts of Las Vegas don’t have a monopoly on their own Contracts. Changelings do not have to possess Court Mantle to purchase those. Instead, they may gamble for access to them. These still cost XP to buy, but a Changeling who beats the house can purchase a particular set as they wish- if they win big they may even get a discount. Changelings may possess such contracts from multiple Courts.

Neon Elementals
The nature of Las Vegas has created a new order of Elemental, born of Neon.

Near Future 2020
The campaign takes place in near-future World of Darkness Las Vegas. The promised year of Cyberpunk has arrived, bring with it modest changes in the form of higher gas prices, self-driving electric cars, wearable computing, and a fifth trilogy of Star Wars films.

Goblin Casinos
The Goblins of Las Vegas are divided into many tribes and groups- engaged in a constant battle of rivalries and vendettas. Instead of one central Goblin Market, there are instead many different Goblin Casinos with differing themes, terms, and goods. Changelings have to be careful maneuvering around the Hedge of the Strip where Hob Buskers bearing invitations don’t take no for answer.

Struggle between Mages/Werewolves
Mages and Werwolves operate in Las Vegas. They’re embroiled in an ongoing struggle, with the Changelings who know of it wisely keeping the sidelines. However recent rumors have suggested that both sides have been secretly vying for an alliance with the Beasts of Vegas.

Farewell Vampires
Vampires are rare and dangerous within Las Vegas and the world at large. Some form of Gehenna occurred at the turn of the millennium. Those very few ‘vampires’ who still exist are...something else.

Underworld Struggles
Reduced in influence by the ongoing transformation of Vegas into a corporate wonderland, the Mafia has suffered an additional setback. They have been infiltrated by magical creatures, resulting in a massive power struggle.

The Nature of Darkness
The process of building Las Vegas established or left open a number of classic WoD details. Vampires, Masquerade or Reckoning, have vanished. Geists and Prometheans exist- likely in the classic form from their sourcebooks. On the other hand, Mages and Werewloves, while mentioned were not defined further. Therefore they may or may not follow the classic WoD pattern (as the GM sees fit). We do know one thing about the werewolves: they’re slightly boring and uncreative.

New Facts of Changeling Life
Two Freeholds exist in Vegas, one dominated by the Summer Court. Some Hobs can operate out in the real world for short periods of time. Fetches are mysterious and killing one’s fetch has uncertain repercussions. Travel between cities can be dangerous for Changelings. Outside the protections of a Freehold, they’re significantly more vulnerable to the attentions of Keepers.  Entitlements are spiritual blessings gifted by mysterious Changelings who have reached some form of enlightenment.

VIVA LAS VEGAS
THE STRIP
Lights and spectacle. A feast of glamour and dust running from Mandalay Bay to Circus, Circus.


DOWNTOWN
The central business district of the city. Once the gambling center, it still has some gaming, but now lends itself to hotels, convention centers, businesses, high rises, and government offices.


PARKS & RECREATION
Vegas dedicates itself to entertainment and away from the casinos the city serves tourists and locals with playgrounds, gardens, preserves, zoos, sport complexes, and arenas. From Fairgrounds to Little League Fields to Hiking Trails to Rollerderby Rinks.


BACKDROP
Behind the glittering façade of Las Vegas lies the real living city- all the anonymous people who serve the casinos and the lifers who only know Vegas as their hometown. This includes local business and industries, schools and campuses, ethnic enclaves, and apparently uneventful lives concealing secrets.


THE EMPTIES
The Vegas dream creates a turnover population of those who come to settle and vanish quietly when things don’t turn out as they hoped. The crash of the housing market accelerated the flight of this turnkey population. They left behind half-finished sub-divisions, schools, and building projects. But there will always be more arriving to live in these strip-mall serviced sections of the city. 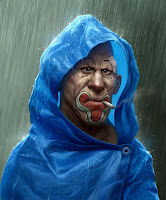 RUNDOWN
Things fall apart. Places get iffy. People vanish. All cities have dark corners, especially those that run through the night. These are all those shadowy spaces.


THE OUTLANDS
Between the city and the desert lies the fringe- the edge gas stations, small communities, truck stops, and dumping grounds. Here the protections of the Freeholds fade and the wild takes over.


SUMMERLINS
Summerlin’s one of the largest communities of the wealthy in Vegas, but there are many other enclaves like it scattered throughout the city. Some flaunt celebrity residents while others hide within gated communities. Wealth, power, and buried secrets.


LOST VEGAS (OR THE NEON HEDGE)
The Hedge reflects the strange natures and histories of Las Vegas. From odd features within the thorns to the organization of the Hobs, this covers those places past the veil. 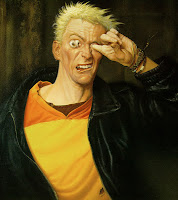 Posted by Lowell Francis at 2:19 PM