Last night I pitched the ideas for the new campaign at the Sunday night group. That’s a set of players who have been together on that night pretty continuously for about 17 years. We started off playing a lot of Rolemaster, then Legend of the Five Rings using Storyteller, then a long mixed dimension campaign, Scion, and finally a 2½ year high fantasy campaign using homebrew rules (Action Cards). We have four of the original players still remaining, and last night we filled the fifth seat with Jacque. She’s played in several of my games and right now she’s in my Saturday night Scions of Fate mini-campaign. She’s a smart and solid player and I think she’ll bring a lot to the table.

The last time I did campaign pitches, I wrote out everything ahead of time and then had the players vote at the table. I even gave players the option of a veto, which cut some out pretty effectively. I thought that went pretty well- except that a couple of people who left the campaign shortly after it began had vetoed things the remaining players had wanted, which was kind of crappy. The other problem was that the survey relied on people have read and worked through the materials I’d given them ahead of time. At the table a couple of players had different impressions of the campaign based on their reading of the blurbs. We had strong differences of interest for that one.

This time I decided to make a couple of changes. I wanted to go with a slightly smaller number of campaign ideas. I’d gone with fourteen before, this time I would do nine. Or as it turned out ten, I threw one in at the last moment.  At the beginning of the year I’d come up with a list of campaign ideas I liked. I went back through those. Some weren’t a good fit for this group, others didn’t interest me as much now as they did then. I would not tell the players ahead of time what I was putting on offer. Instead I would pitch each of the ideas verbally and quickly in just a few minutes at the table. I’d present them in sets, pausing to answer questions about the games in the set in between. I’d describe the basics of the idea, the system I planned to use, and how long I expected the campaign to last. Some campaign were shorter than others- picking one of those meant we could conceivably come back to one of the others. Some could be long or short depending on the group’s decision. I handed each player a ballot with the names of the campaigns. As GM, I would vote as well based on my interest. Once I’d pitched all of them, they’d rank the ten from lowest interest to highest interest, with a higher number being better. The actually threw me off and I had to go back and correct my ballot after we started tallying because I’d written it in the other way.

WARFARE'S THE MOST IMPORTANT ATTRIBUTE...
The ten campaigns I pitched were: 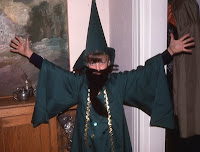 THE FINAL COUNTDOWN
In the end, the results were (from least interested to most):

L5R, btw, was the last minute addition I threw on there to round things out to ten.

Since we had a tie, I opted to decide in favor of Legend of the Five Rings. I have some interesting ideas for that, plus I think converting it over to Action Cards will be easier than Exalted. While I have a lot of campaign background material for the Crux setting in exalted, the mechanics of Charms & such might bog me down. With L5R decided on, I asked the group to consider which clan they wanted to make a family for. We went through all of the options- the seven Great Clans, the Mantis, an Imperial House, or a minor clan. Finally I had the players pick their three top choices- the three with the most votes were Lion, Crab, and Dragon. One player was less interested in the Lion, so we collectively decided to choose one of the other two. I pushed the group to Dragon, because I think there’s more room- literally and figuratively for them to create a new family in that Clan.
Posted by Lowell Francis at 10:08 AM