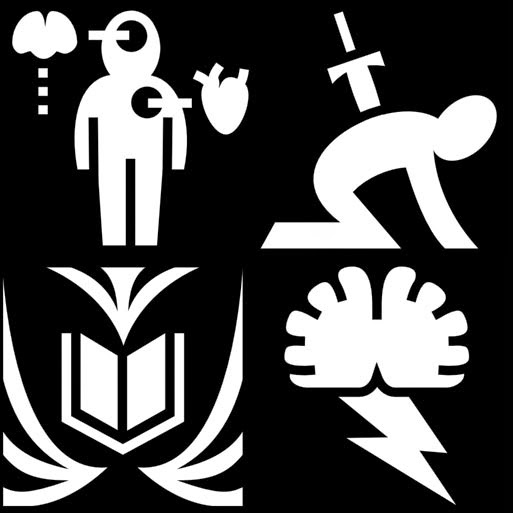 I've put together an online survey examining how much time gamemasters spend getting ready for a campaign.

I got some feedback on my earlier (and still ongoing) GM Session Prep Survey. Many respondents talked about having done much more with campaign prep. It allowed them to support the level of work they did for sessions. That pushed me to put together this second survey. It’s also inspired by this month's RPG Blog Carnival hosted by Leicester's Ramble, "How and Where I Write and/or Game Prep."

This survey will be active through Feb. 25th or so. Please feel free to post and reshare this in any gaming circles. Like the previous one, this survey is much more narrative and descriptive. The limitations of the format and selection pool mean that we’re getting is more food for thought than anything else. I’ll make all the data available at the end of the month.

So you can check it out before you go over to Survey Monkey, here’s the text of the questions I used. Thanks to everyone who gave be feedback on putting this together. Some of the answers are multiple choice drop-downs while others are text/number fill. If you want to answer these, head over the the link at the top.

SURVEY TEXT AND QUESTIONS
After I put together my GM Session Prep Survey, I got some solid feedback. In particular several GMs commented on the vast difference between their prep before the campaign vs. between sessions. Just looking at session prep didn't take into account that earlier work. I had enough responses to the earlier survey that I had to drop some money on Survey Monkey to have access to all that data. Since I've already paid for the month, I thought I should go ahead and do a complementary assessment.

For this survey, we're going to look at the two most recent campaigns you've run. I'll ask the same set of questions about each, on two blocks one after the other. If you've only run one campaign or only want to discuss one campaign, Page Seven has instructions on how to enter that.

This Survey will be active through February 25th.

A couple of definitions:


1. What system did you use for the campaign?
2. Had you run this system before?
3. What kind of setting did you use?
4. Had you run this setting before?
5. Where did you run?
6. How often did your group meet?
7. How long was your average session?
8. How many players did you have on average?
9. About how many sessions did you run for? (Say "ongoing" for present campaigns)
10. Did you have an expectation about how long the campaign would last when you planned it?
11. If yes to Question 10, about how long did you expect the campaign to last? Was that more or less than it did run?
12. Did you have what you'd consider a "finale"?
13. What caused the campaign to end?
14. How did you think about the ending of the campaign?

This next part focuses on the actual time you spent prepping for the game. This is all estimates and self-assessment. I'm going to ask you to come up with some rough percentages in categories. But how you define prep is up to you. If you think early brainstorming, watching genre-movies, or musing on things while riding the train counts as your prep, then count it.

This is pretty blurry, so just go with your gut on these answers.

Posted by Lowell Francis at 1:58 PM