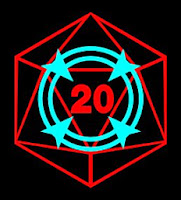 This week the Play on Target podcast once again stops to take a look at a particular campaign. Last time we examined Sam's Basic D&D "Eleven Pillars" campaign. This time I put my "Last Fleet" Action Cards game on the table. We're also trying something new with this episode. We have a player from the campaign on hand to give her perspective on the game. Actually it's also to call of Sherri's much sharper memory. These postmortems remain an experiment- tell us if you find them useful or not. If you have suggestions for format or approach, we'd love to hear those.

THE BIG TAKEAWAY
I’d used collaborative tools for years before I ran this campaign. But in Last Fleet I really embraced those tools. I wasn’t sure a Microscope-crafted setting could support a game of length. But it did and worked better than many others. Everyone had buy in. I also can’t stress how much the players enjoyed suggesting powers and then having those presented to them. They loved the “Class Tree” feeling this gave them. They had to make tough choices on which way to develop. It meant they could discover their character in play and not have to worry about looking things up in a Stunt or Feat list. They’d say “I’d like to be able to do X…” and a session or two later I’d have options for them.

Mind you, it ended up being a chunk of effort. I tried to maintain a rough parity between players and classes. That meant being aware of the numbers and balance. I also had to keep an eye on niche protection. Early on players started to develop their classic roles (support, dps, blaster, tank). That meant that sometimes the ‘glass ninja’ would ask for more armor and I’d have to minimize what I offered them: resistance based on circumstances or defenses which wore out. Sometimes I got the balance wrong, but not so wrong that it cracked the game open. I also made sure to present the powers on cards, laid out, printed, cut apart and sleeved. That gave them a tactile feel. Every couple of sessions players could count on getting a few new choices they could leaf through. My biggest regret is that I lost most of those templates and cards with a hard-drive crash after the campaign ended. I’ve post here a couple of images I found in my email.

CHOOSING HISTORIES
I knew we would be doing a campaign postmortem for this episode, but I wasn’t sure which one to do until a couple of days beforehand. You can see my lists of campaigns I’ve run, both individual games and those set in our ongoing fantasy world. I went back and forth for a while. Originally I’d considered doing my Changeling the Lost f2f campaign. That one had a great premise and an excellent start, but then we had all kinds of crashes with players’ relationships going nuts. One couple in the game went, for lack of a better word, crazy. Another couple had personal problems that spilled over onto the table and ended up in a massive confrontation and argument in person and online. We ended up with three players and managed to finish the story out. I thought that talking about a game with massive problems might be useful.

But Sherri talked me out of that one. The situations there had been so unique and weird, and what happened so painful that it wouldn’t be as generally useful. I think she’s right. I analyzed and overanalyzed what went wrong in the couple of years after that. Revisiting it more likely meant getting caught in a morass, rather than encouraging process. We talked about other campaigns. Some we set aside because of their brevity, and others ran far too long to try and pull together in an episode. Libri Vidicos lasted almost seven years. We settled on The Last Fleet because it had been successful, complete, and showcased several new techniques and approaches. I hope the episode offers some ideas to GMs and isn’t as indulgent as it seems to me.

If you like RPG Gaming podcasts, I hope you'll check it out. We take a focused approach- tackling a single topic each episode. You can subscribe to the show on iTunes or follow the podcast's page at www.playontarget.com.
Posted by Lowell Francis at 10:00 AM