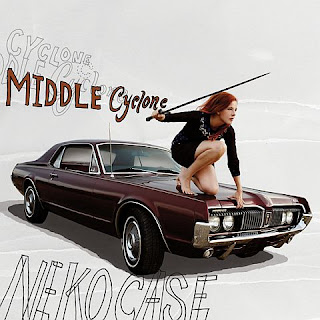 For me, Changeling the Lost and music go together. I’ve seen a good deal of debate about music at the gaming table- some people love it, others find it a distraction. I lean towards it being a good mood setting device. I put together many, many albums which echo the themes of the campaign, hit random and save it as a playlist on the laptop. I try not to muck around with the music directly while I’m playing- I keep the volume low (which I know some people dislike).If I hear something particularly fitting, like tense music in a tense scene, I’ll casually reach over and raise the volume. But generally I could live without music while I’m running. Except perhaps for Changeling- I’ve got a great discordant batch that runs from movies (The Ring, The Cell) to video games (Crimson Butterfly, Clock Tower), to classical (Michael Nyman, Kronos Quartet), to tech/industrial (Front Line Assembly, Dust Brothers), to experimental (Steroid Maximus, Godspeed You Black Emperor) to…well you get the idea- an eclectic mix so that from one moment to the next you’re not sure what you’re going to be hearing.

Now in that regard, I think there are a couple of perfect Changeling albums- that is, albums that tell Changeling stories. The most literal of these would be The Decemberists’ Hazards of Love, a rock opera about the daughter of a river and the adopted son of the queen of night…or something like that. It’s a fun and dark album that I think could give rise to a kind of historical, even Shakespearean Changeling narrative. But that’s a fairly literal rock opera album of the fae. I’d argue that there’s another even more Changeling-y album I listen to: Neko Case’s Middle Cyclone. One would think Fox Confessor Bring the Flood, but this one trumps it. Allow me to run through the songs to make my point. But my first piece of evidence would be the album cover.

"This Tornado Loves You"

The love song of an Elemental Changeling- caught up in his own winds and violent storms. He’s lost the means to interact as people normally would. Does the object of his affection even know about him? The Elemental knows that its madness, but can’t help but spiral into it, can’t help but blame the beloved at least a little for the state he’s in. And there’s the line “What would make you believe me?”- what sacrifice, what revelation, what violence must he commit to bring this love to fruition? The song’s even spookier if you imagine it as the obsession of a Keeper with his future victim.

"The Next Time You Say Forever"

Here’s a Changeling who has tried to go home and realized that he can’t. He’s managed to hurt and alienate those he loved. He’s been away and understands the power of words and promises. When he hears them from others, he flinches. The others don’t believe who he is- he hasn’t been gone, hasn’t changed.

"People Got a Lotta Nerve"

I told you I was a monster, sorry about your arm. The fatality of the lifestyle of the Changeling, and the fall back to base nature as an excuse for behavior. They know how this story will wrap up “It will end again in bullets, friend…”

Sherri’s suggested the idea of a token artifact known as the “Someday Soon.” A monkey’s paw thing that puts things off until they catch up with you. Regrets, debts, hopes…

Between the Mask and the Mien, the Changeling is always in disguise. How much of that is to disguise what they are from themselves? Isn’t that what a clarity break represents in the game: a recognition of the Changelings broken nature- how far they are from what they consider right or human?

"Never Turn Your Back on Mother Earth"

Fearful tale of the Queen of the Spring Court. She grants favors with one hand, but people forget that Spring is the hungry season- the last of the food used up but new things planted. The Fairest Queen of the Spring Court must make those choices, must sacrifice to bring a better harvest and can seem capricious in all things. There’s an echo of The Wicker Man in all of this.

The regretful Ogre looks around and realizes how her nature keeps everyone and everything else away. She’s tried everything, called upon the mundane details of the basic contracts. She’s been fooled and knows she will be again. She loves but knows how powerful a force and a gift that is.

The Darkling changeling wanders in the forgotten corners of the freehold, scavenging and hunting. She follows a strange trail leading to an abandoned factory and there comes across her Keeper, dancing and present in the real world. Fear grips her- there can be no escape- she hears his awful enchantments and he hears her heartbeat. He pursues and the Changeling invokes a desperate contract to escape. Perhaps the most literal of the songs on the album.

"Magpie to the Morning"

All contracts have a catch and a cost. Some people play around and desperately grasp for Goblin contracts…with prices that cannot be avoided. Why do the Goblins make these contracts? They bear no love for the Changeling…what’s the catch?

The broad, declarative song of the Beast. If there was a Changeling musical, this would be the theme song, sung when the Beast first appears and called back every time they appear. The Beast knows its rough fate, and lives in the present moment more than any other Changeling.

I think one of the things underestimated in the Changeling books is the difficulty of Changelings interacting with normally people. They suffer from a kind of PTSD, they see meaning in odd things, they respond and overreact in strange ways. They become obsessed over details, attached to them and making so much more of them, to a dangerous extent.

The sad and poisoned love song of a Fetch for his Changeling twin. He hates and loves his adversary, hates his own awful nature. He wants to live, but also wants acknowledgement from that Changeling of his value, of his place- which the Changeling can’t ever provide.

Here’s the story of a Fairest, a Treasured, who became the consort of the Prince of a Court. She thought she would be a princess, would be happy. But he never comes to her bed, he never pays attention and taking this role has cost her much.

What does the Freehold look like after the Keepers return? The last survivor wanders the landscape of devastation. How did it happen? Who invoked them? Who said the wrong thing? “I hate the rain…”

And 30 minutes of crickets to finish out the album….

Anyone else have albums with songs that just seem to absolutely sum up the stories of a setting?

Posted by Lowell Francis at 2:08 PM