HIATUS GAMES
Conclusion: I need to play more in 2013. A lot more. 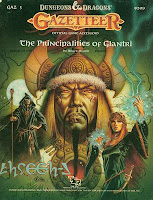 This post marks my 666th post (scary!!!), beginning my fifth year of blogging. I started this year with about 100 followers, and now I’m up to 172. That’s not a great metric, of course, as it doesn’t mean actual eyeballs or track RSS behavior. I’ve only just activated Google Analytics, so I don’t have full data; next year I hope to have more accurate stats. But I’d say I average around 400-450 pageviews a day? Maybe more, that’s increased throughout the year. I hit 100K pageviews on theblog earlier this year; I'm at about 175K right now.  Last month I had about 14K pageviews, at least that’s what the rough tools tell me. I’m really not sure how that measures up. I still don’t get that much in the way of comments, but I do try to respond when I see them. By the same token, I don’t get that much in the way of comment spam, which suggests my metrics are fairly modest. Changeling, Citybooks, and L5R continue to garner me search hits, but nothing big. I thought Warhammer’s The Enemy Within series would get more attention than it did. The two big successes this year were the History of Horror RPGs lists and the reviews of the Mystaran Gazetteers. I have a couple of other RPG History Lists in the works- Steampunk/Victoriana and Post-Apocalypse.

The Most Popular Posts from 2012


Other solid posts I liked that did decently: Creating Memorable NPCs; By Sword, Spell and Spectre: Warfare in Fantasy RPGs; Cracking Mystara: Ten Last Thoughts; The Best in Horror RPGs: Unfair Verdicts; The New Delta Green: A Scanner Not-so-Darkly; and The Principalities of Glaantri: RPG Items I Like. Actual Play and Campaign Posts, I’ve noticed, get fewer hits, even with commentary to make them useful tools. That’s not surprising. I rarely make it through other people’s narratives of their games, unless they make it clear that there will be comments on how they ran and decisions they made.

Plans for the Blog this year:

A good year for gaming. A good year for some of my friends- two of my favorite people got married and they’ve honestly refreshed my optimism about the human race. Some people I knew passed away this year and a couple are going through rough patches which is uncool. We excised at least one problem person for the group which was tough- a long time member who had simply become really unpleasant to other people. My sister came and visited us, I got to spend time with my new nephew, I saw my Dad, and I got to game with my older niece and nephew.

On the down side, the struggle for work continues. The job hunt- for freelance or other employment remains tough. I think I actually got fewer interviews and responses this year than last with more resumes and contacts sent out. Sherri and I have decided that we’ll talk about a completely different track if nothing comes up by the middle of the year (retraining or some other radical approach like moving, I don’t know).

Bottom line, while there was a lot of drama and stupid stuff in 2012, I generally had a pretty good time- and the greater portion of that was directly or indirectly related to gaming. I hope that continues into 2013.
Posted by Lowell Francis at 10:39 AM