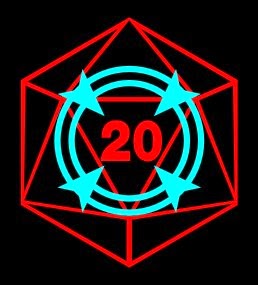 This week Play on Target tries a new experiment where we “Take Aim At” a particular rpg or setting. To explore that we’ve gather several experienced GMs who have run the game. This first episode looks at White Wolf’s Changeling the Lost. We open with the elevator pitch for the game and consider what draws us to it. Then we dive into the nuts and bolts of what we actually do at the table: what elements are most difficult, which do we focus on, how to players react to the ideas, and where do our campaigns actually go.

For this excellent “GM Jam” we’ve gathered Chris Handley, Adam D, Michael R, and Shoe Skogen with Play on Target hosts Sam Dillon and Lowell Francis. We hope it will be useful for players interested in Changeling the Lost, veterans who want a new perspective, and gamemasters in general who might want to hear how others approach running games.

LIMITS BUILD CREATIVITY
I love being able to talk with GMs about running games like these. It's cool talking with other gamemasters about their fantasy campaigns, but that genre's so broad and varied our worlds never intersect. We're probably not operating under the same constraints, rules and even starting points. On the other hand, Changeling presents a narrow but rich setting. The established premise means that we likely start at the same square one.  Other GMs are almost certainly wrestling with the same questions and concerns I have. But we all take that in very different directions.

Probably my favorite part of this GM Jam comes when everyone describe their campaign kick-off approaches and why they made those choices. They smartly establish what they gain and how it helps the players. But they describe something which is the complete opposite of my approach. I’d never considered the possible benefits from beginning a CtL game with more veteran characters. I simply assumed everyone began with characters emerging from the Hedge. I love that- that’s the kind of new perspectives I want to hear about.

OFF TOPICS
Despite having dug into the game, we have a few topics I that we didn’t get to:


I can think of a few more off the top of my head. I hope that in the future I can everyone get together for a follow up G+ Hangout video.

THIS NOBLE EXPERIMENT
This idea came from conversation with Sherri about how she saw the possible “tones” of Changeling. I have to give her the full credit: suggesting that a jam with other GMs about the game's central issues would be awesome. Here’s the thing- GMs most often work in isolation for campaign prep and building. We might ask questions on forums or post our general thinking, but there’s rarely a conversation. For my part I’ve hunted down Actual Play videos on YouTube before. That gave me a chance to see how others run and how they deal with a particular game or setting.

I hope other GMs find this as useful. I’d really love to hear any feedback or constructive criticism. If this goes over well, then we hope to occasionally return to this approach with different systems. We’ll make sure to recruit a solid team of outside GMs for each one. From Legend of the Five Rings to Eclipse Phase to Deadlands to Amber, we have many games systems and settings that would benefit from doing a GM Jam.

If you like RPG Gaming podcasts, I hope you'll check it out. We take a focused approach- tackling a single topic each episode. You can subscribe to the show on iTunes or follow the podcast's page at www.playontarget.com.
Posted by Lowell Francis at 10:42 AM