Hearts of Wulin Origins: Turncoat Lovers and the Return of Ageless Sin 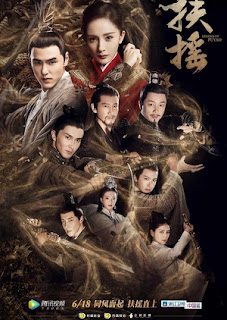 Last week I ran Hearts of Wulin four times for Games on Demand Origins. (Full disclosure: I joined the Origins GoD advisory board this year). Overall we had good attendance-- some games didn't make in some of the weaker slots (Thursday's wonky, as is Sunday morning). But we filled every table in most sessions. I saw a bunch of Gauntlet people and folks I knew from G+. I actually introduced myself to people this time and got to talk to Sarah Richardson, Morgan Ellis, Mike Olson, and James Mendez Hodes among others.

As for Hearts of Wulin I came away from each session happy and spotted new ways players could engage the moves and options. I’m going to talk a little about what I did and what I saw. Then I’ll show off a new, sixth playbook that I took to the con, The Unorthodox.

SETTING UP
I laid out the character playbooks just before the con; that let tweak moves and add player agendas. Handling entanglements presented a challenge. Most PbtA playbooks put relationship/background questions on the sheet itself. I wanted to keep everything on a single sheet do I needed room. Entanglements, for better or worse, aren’t tuned to a particular playbook. So I created a deck of 100+ cards with Romantic and General entanglements on them. I dealt players three of each and let them pick. They could redraw if none fit their concept. It worked well. It mixed up the threads each session and gave me more layout space. It’s a technique I might use for other PbtA games.

I wanted to make this process easier since players might feel out of their element. To help I made up character cards, male and female, with pictures. On the back of each I put sets of three male, female, neutral, wulin, or fighting style names. Those worked well; players could pick images for their character and NPCs from their entanglements. Sherri had a final suggestion after a f2f home game: a walk-through of the character creation process.

CHARACTER CREATION
At the table I introduced myself and Hearts of Wulin’s concept, “Think Crouching Tiger, Hidden Dragon with equal emphasis on relationships and action.” Then I handed out basic moves sheets. I went through each playbook quickly. Since each of the six have three “role” variants, I tightened that as the sessions went on. Once everyone picked we moved through the character creation list. As they worked, I dealt out sets from the character picture deck. Once they’d gotten a couple steps into the process, I passed out the entanglement cards. There’s a lot to take in so I staged it.

With everyone having a rough outline, we went around to do quick introductions. I made notes, asked leading questions, and recorded their move picks. Then we went around twice filling in their two entanglements. For session three and four I used double whiteboards on the table to record names and draw lines for the connections so everyone could see. That helped a lot.

Character creation ranged from an hour to an hour +15. We took a break and then I threw them into the deep end. I used weddings, retirement ceremonies, and attacks by a long-dead foes to kick off the situations. Everything rolled out from there. We played for 2 ½ to 3 hours and I think in almost all cases I managed to spotlight everyone’s entanglements or at have their NPCs made an appearance.

OK, that's enough patting myself on the back. It was a good show and I really like Origins. Now I have to get ready for Gen Con. I'm going to be running for Magpie which will be a new challenge.


I have three big tasks I’m going to move to next. First, explanatory text for the players and GMs about the moves. I need to define scale, move triggers, and marking chi. Second, I want to walk through each playbook. I’d like to put examples for each role and talk a little bit more about what their moves mean. Third, I want to lay out the process of campaign and setting building.

UNORTHODOX
CHOOSE ONE ROLE
ACCIDENTAL
You say you don’t know martial arts and you believe that. But somehow you tumble through conflicts and flummox opponents. You have a style element, but no style or weapons beyond what you mistakenly pick up. Maybe it’s luck, a curse, someone taught you without your knowledge. The first time you fight a named opponent, you gain +1 Forward. However you must always show your opponent mercy.

HIDDEN
You try to hide your martial skills. You might be fleeing enemies, running from duty, fulfilling an obligation, or protecting someone secretly. When you fight—against named foes or mooks—you may hide your stance. They will not recognize your skill and consider you merely a nuisance. If you win at a cost, you may offer discovery as part of that. On a miss your opponent realizes you’re something unusual. If another PC tries to pierce your disguise, resolve that as a PC vs. PC duel.

PRODIGY
You have great power, perhaps beyond your ability to control. You may be untrained, cursed, or gifted with these technique. When you roll your style element to Duel, Deal with Mooks, or Impress, you may roll 3d6 and take the two highest results instead of just 2d6. However on a miss or when playing costs for partial success, you additionally cause collateral damage to the environment or people.

AND THEN CHOOSE TWO
EVERLASTING CHIVALRY
You have +1 Ongoing when interacting with common, salt-of-the-earth folk. You know how to show them you’re one of their own.

FEARLESS FIGHTERS
When you have your style element marked, you may opt to continue fighting by rolling +# of chi marked (max. +3). If you do so and have to mark chi, you instead mark Wounded and cannot continue fighting.

THE GOLDEN LION
You have a loyal pet. It has been trained and responds to your commands. Choose two of the following tags for it: Adorable, Beautiful, Burrowing, Distracting, Hidden, Laborer, Messenger, Mount, Mimic, Performer, Sneaky, Tracker.

HIS NAME IS NOBODY
When you have your character walk alone into a dangerous situation you’re aware of but they aren’t, roll and mark XP. On a 10+ something alerts you before your adversaries take advantage; gain +1 Forward. On a 7-9, you’re taken somewhat unawares—the enemy can act before you (even the scale, seize something, change the locale, reveal a trap, close off escape, frame you). On a miss you fall into their trap or ambush

MONKEY FIST, FLOATING SNAKE
When you defeat a named foe, you may humiliate them comically if you show them mercy. You don’t mark XP but instead gain a bond with them. You may also choose a person or group who now views your opponent in a different way. Say who and how they now see them.

KID WITH THE GOLDEN ARM
When you try to break something which can be broken, roll. On a hit you break it. On a 10+ you do so spectacularly or with impressive control. You may create cracks, trace characters, shatter into powder, break later, or collapse something massive (like an inn). On a 7-9, you simply break it or you may take the 10+ result by marking chi. On a miss choose: mark chi or have your breaking go horribly awry.

SHADOW BOXING
A secret group or order aid you. You may not be aware of their assistance. Once per session you can flashback to some preparation, interference, or negotiation they’ve done on your behalf. Describe it and roll. On a hit, they succeed. On a 7-9 they do so with attention or reduced effect. On a fail their interference causes you more trouble than help.

A TASTE OF COLD STEEL
When you Study a situation looking for potential trouble, you may freely ask one of these two questions in addition to your regular hold.
• Who here is looking to cause trouble?
• What trouble is X looking to cause?
You gain +1 Forward when you interfere with that trouble

If you're curious about this you can check out my playlist for our sessions recorded on The Gauntlet Hangouts.
Posted by Lowell Francis at 3:21 PM