The Years of Mithril and Lembas: A Campaign Seed 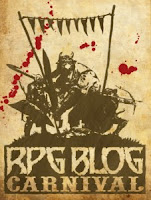 BUT I COULD ALSO RUN THIS...

The RPG Blog Carnival for May Continues, with the theme “Campaigns I’d Like to Run.” We’ve already gotten great entries with striking ideas (which I plan to lift!). You can see links and notes on those in the comments section of the original post. If you’d like to join in the carnival, just write up a blog post or the like on the topic. When you have it up, put a link in the comments of that post (or this one) or send me an email. At the end of the month I’ll do a comprehensive round up of them. For my second post on the topic I remain pretty conventional. Like many of the other writer-GMs I get distracted by new ideas easily. This one came to me pretty much fully formed and screaming to be run last week. I was in the local discount bookstore and picked up a hardcover of The Years of Rice and Salt by Kim Stanley Robinson for $3. The premise is an alt history where 99% of the population died in the Black Death. Immediately that got the wheels turning for me.

THE YEARS OF MITHRIL AND LEMBAS
High Concept: Explorers search through the ruins of a mysteriously vanished Empire in search of fortune, fame, and secrets.

Premise: After decades of turmoil and internal struggle, the Empire of the Moon has finally gathered itself together. Wars and strife divided it and cut it off from a role in the greater affairs of the continent. The players have been tasked with heading over the Great Waste to the Empire of the Dawn, once a distant but valued trading partner. Others have been sent to renew contacts and trade, but none have returned. Most importantly, the party must retrieve The Relic, sent generations ago to the neighboring lands for safekeeping. The trek across the Waste is only a prologue to the challenges they face. They find the Empire of the Dawn emptied and abandoned. What has done this? Who has survived? What threat does this land bear? Can they make their way across this strange, wild, and abandoned land to recover the relic vital to their homeland?

Scattered Thoughts:
This frame lends itself to a lot of combat, exploration, and skill challenges. It could be done completely as a Hex-Crawl type adventure- with some actual rationale about why the party has no idea about what might be over the next ridge. As a GM, I could have a set of crafted events which might offer insight or clues for the central quest. The rest could be randomly generated. Ideally for something like this I’d put an emphasis on survival and living off the land. Classic D&D borrowed an element of that from Outdoor Survival. This also echoes Source of the Nile a little. I understand that the recent The One Ring rpg puts an emphasis on this kind of game play. Travel as a key element.

In some ways this could also be seen as a massive, abstract dungeon crawl. Imagine the abandoned cities- temples, palaces, and shrines emptied and abandoned. I actually get a more sword & sorcery vibe from that. Imagine a Conan-style game…where the players raid through these mysterious and fallen places. They could be actually from a tribe which has been out of contact with the “civilized” lands for some time. The players are sent on a pilgrimage to retrieve something, perhaps a totem of their people sent to the head of a pseudo-Roman Empire. Or you could do it fully historic- imagine a Cthulhu Invictus campaign where the PCs are Germananic Barbarians or Tribesmen from even further north. They’re sent to Rome to find something. When they actually reach the Roman Empire, they find it emptied. Eventually they discover that a Lovecraftian apocalypse has swallowed everything and everyone. That would be pretty dark; not necessarily what I want to run.

My preference, and that of my players generally, is a balance between action and interactions. I like my NPCs. In some ways this turns on there not being NPCs- that feeling of isolation. The PC have to depend on themselves. Originally I thought they could have various other characters with them, but I think that detracts from the atmosphere. At least in the beginning of the game it needs to be the players alone against the wild. Once they do meet people they shouldn’t have their questions answered. Perhaps the natives have been changed or can’t communicate in the same way. But that doesn’t really solve the problem. A more interesting approach would be for the group- after many sessions of exploration- to come upon what appears to be a living settlement. When they enter, they find it isn’t actually populated by people form here. Instead they’re refugees from their own Empire who fled here several years ago during the civil war. That could create some political tensions. Once that’s solved, however, the city they find could serve as a decent base of operations.

Alternately, they find a non-human enclave- Elves, Dwarves, or such. Isolated during whatever happened, they’ve begun to expand? Or perhaps they’re simply just scouting. They could be played as a suspicious group- fearful that humanity unleashed something terrible on the world and might bring it again to their doorstop. Alternately, there could be suspicions that this group had a hand in the destruction.

There’s always an extra challenge when you have a central mystery to a campaign set-up. You have to figure out what you do when the reveals come about. Not that you have to map or plot out those bits to the story. But you have to think about the consequences for the players and their goals. For example, in the set up above, consider what the actual goals of the group are: to find the McGuffin item and return with it. However, once they hit the emptied empire, it may seem more like their goal is to figure out how this happened. That should probably be more secondary- a theme running through their explorations. So what happens when they do figure out how this land was emptied? Ideally that should reveal something about a threat. The PCs will be smart enough to realize any threat of this magnitude isn’t so much about themselves, but could also destroy their own Empire.

Which brings us to the question of the threat. A plague’s classic, and if I weren’t doing a crunchy, low-fantasy campaign that would probably be the way I’d go. What the PCs face is what remains in the aftermath- starving animals, decayed infrastructure, monsters free to roam without threat, old wards left to decay, and probably ghosts. I have a vision of a ghostly empire emerging. But plague offers only abstract foes, disease and survival- ones they can’t directly confront. What’s more useful, and yet more obvious, would be some kind of monster or horde. Perhaps it has been halted or held in check, but now those barriers are weakening. So PCs discover threat as one reveal, and then discover more details about it as a second threat. Even better would be if I could figure out something even more interesting- a dimensional rift, people transformed, I’m not sure.

There’s another approach to this campaign which extends the premise. In this case, the campaign is broken into several chapters, each with a different group of PCs. There would be a significant gap in years between the campaigns. The first has the players arriving and determining some facts about the situation in the Empire of the Dawn. The second has them as later Scouts sent to explore more distant corners of the emptied lands and uncovering more secrets- rivals, a new race, a surviving enclave. The third has the PCs as part of a colony group as the Empire of the Moon decides to seize some of those lands. They face unfamiliar environments, old secrets, and perhaps rivals to the claim. A running theme could be the threat which wiped out the Empire, the discovery of strange magics, the relic- it could be interesting.

Thinking about it a little more, in some ways this is a fantasy riff on Greg Christopher’s Cascade Failure. I think this is a little different, but some of the basic gaming DNA remains. Switching it back- that does suggest to me that one way CF could be played is as a space hex-crawl. This also feels a little bit like the premise of Second City from L5R. However in that case the mystery of the destruction is pretty much solved.

For more on the May RPG Blog Carnival, see here.
Posted by Lowell Francis at 11:34 AM