Continuing from my previous post- I'm working through the mechanics and structure for a one-on-one campaign featuring an alchemist and her shop, using the Strands of FATE mechanics. 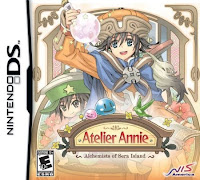 THE SHOP
The shop serves as its own structure and NPC for the campaign. Much like the ship in Serenity or the base in Angel, it has its own life and details. I hit on some of these ideas when I talked earlier about merchant campaigns. The shop doesn't simply exist, it has to be kept up and managed in order to gain its benefits. Those benefits can be drawn upon (ala HeroQuest 2) by pushing those resources and getting a penalty, but usually they will serve as a standard benefit. Each characteristic of the shop require some time spent in keeping them in shape- with Resources as a group being treated as a single item. If a characteristic is valued at 0 or less, it eats up no time from the Alchemist’s schedule. If it is rated 1 or 2, then it uses up one block of time. If it is rated 3+, then it uses up two blocks.

THE ALCHEMIST'S LIFE
An alchemist has to divide up their work time into units. For purposes of this campaign, the alchemist has ten units of work in each of four weeks of a month. At the end of the month, the rent essentially comes due and the alchemist checks unkeep and takes stress tests on the shop.


Upkeep
At the end of the month, the alchemist must make various payouts. This is done by adding up the positive value of the characteristics in each of the four areas. In the case of Resources, the difficulty is Goods + Reputation + Debt + Special Expenses. This test is measured against the alchemist’s permanent Asset score. If the alchemist fails this check, they may spend from their temporary Asset pool to make up the difference. If there remains unpaid upkeep, the alchemist may lose values temporarily from one or more characteristics in that set and take stress damage on the shop. The alchemist chooses the order in which to resolve the four areas.

BUILDING THE ALCHEMIST
Characters will be built using Strands of FATE. This version of FATE makes a number of significant changes- and so we’ll be modifying this slightly. Characters begin with a set of General Aspects, covering large-scale definitions of their character. They then have a set of twelve attributes with number values. I’m going to probably stick with that. If I make any changes, it will be to consolidate those down further. The system doesn’t have "skills" per se. Instead skills can be emulated in two ways. First, the player will begin with a number of specialty aspects. These are fairly narrow and generally attached to an attribute. They can be used as with other aspects, but also serve as nice fodder for arguments about actions. The second approach to skills lies in purchasing advantages. A broad skill advantage can offer a +1 to rolls of that type, a narrow skill advantage offers a +2 to such rolls. I’ll probably stick with that. Other advantages might be fairly specific to the alchemist- like being able to throw two healing-type potions at once.

While I’ll generally be using SoF as is, I will be making a number of small changes. I’ll be drafting my own advantage list. The PC won’t have to buy being an alchemist, since that’s assumed to be the PC default. Players will be able to buy some advantages for their shop as well. I’ll use SoF’s damage and armor system, but characters will only have two stress tracks for damage: Physical/Wounds and Mental/Social. SoF doesn’t have 'compels' as far as I can tell, and that seems like an important option, so I’ll be keeping that.

The PC will begin with about a dozen recipes. Two of those will be for permanent items, depending on how the player has described their character. The remaining ten or so will split evenly into utility and superior ingredient. Utility recipes create things like Fire Potions, Healing Potions, Smoke Potions, and so on. These are the kinds of things the alchemist can arm themselves with in the field, i.e. when adventuring. Monsters as the game progresses will begin to attack with status ailments, so the alchemist will have to be ready to deal with that. The other recipes will be used to create superior ingredients- essentially exchanging a set of low-value ingredients for a high value one (with some loss in transition). As well, these will allow access to new and better ingredient keywords.

The other power the alchemist has access to in the field is improvised alchemy. The alchemist can learn as set of 'attack' spells which are potions. They can also try to put something together on the fly. This system borrows from Castle Falkenstein. Any spell has a set of requirements- what values and of what suit needs to be pulled together to activate the effect. The player makes a roll which determines how many cards they can draw from the deck. If they have enough, they can throw the improvised potion. If they don’t, they have to wait for the following round. In general, these powers should be fairly nasty because of the delay risk. As with CF, non-aspected cards can be thrown into the mix with a value of 1. But this increases the risk of something going wrong. So, as an example, let’s say the alchemist wants to throw an oil slick on the floor, but hasn’t made of potion of that beforehand. The alchemist doesn’t have a recipe like that, but the GM thinks this is a fairly logical thing for her to know. He sets the bar a Diamonds 10- meaning that she needs to draw a total of 10 value worth of Diamond suit to have the spell effect release. She makes an improvisation roll, with a result of four. The GM allows her to draw four cards. She’s just short, with a Two Diamonds and a Seven Diamonds- she decides to add another card out of suit for a value of 1- which brings the total to ten. The GM now has the possibility of causing a set of problems- which would in turn given the player FATE points.

Ideally this system ought to offer a nice set of risky choices- with power to balance those risks.

PAPER DOLLING
One of the pleasures of these games lies in the acquisition of NPCs- and then their development and equipping. These are paper doll characters how become the responsibility of the main character. Key NPCs will have abbreviated stats (Social, Mental, Combat, Physical), aspects and powers. They can be given magical equipment to make them more effective. But the PC alchemist will be able to develop these characters in other ways. These NPCs will have aspects, some positive and some negative. They will also have some bad traits and some good traits. Bad traits can be bought up over time- things like Dishonorable, Lazy, Self-Centered, Angsty, and so on. Good traits can be brought into balance or even increased- perhaps developing their potential. Some NPCs will be better with some tasks offering bonuses when assigned to them (like Harvesting or Sales). Of course, the PC will only be able to take a certain number of them with her while adventuring. 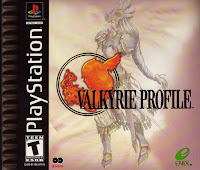 I’m thinking I’ll borrow from the kinds of things Valkyrie Profile offers for these traits- rating them from -5 to +5. I’ll have to track that down. Certain things, like Laziness, have a negative rating, and can then be bought up to a positive rating (becoming something like Energy or Zeal). Of course, having too high a positive value can be a problem- things like Honor or Fearlessness taken to extremes could create awful situations. For GM purposes, I figure these traits (with each NPC having 3-5) will also have assocated aspects.

WORK TO DO
In order to get this campaign off the ground and running, I need to put together the following things:

*List of Recipes: Need to come up with the starting dozen, and perhaps that many more to have ready for the first session of two. This should be pretty simple to put together. Basically- what it is and does, the values needed to created, the max # of ingredients, and any aspects on the item.

*List of Ingredients: This should be pretty easy to put together. I can borrow names from the various Mana Khemia and Atelier games. Those I can probably get most easily from various online FAQS. These should be pretty easy to put into a set of GM reference spreadsheets. A page for each suit, with a column listing the values (from Ace to Eight to King), then three columns for the ingredients. In the first column, the name of an ingredient without any keywords. The original video games call these "factors: so I might use that term. A second column has ingredient names with negative or neutral factors (with those listed in parenthesis- as an example 2Hearts: Mini-Pendalook (Tiny), Uni (Fragile). The third column has ingredients with a positive factor, like sharp or strong. I figure I’ll need to do four ingredients for each rating to start.

*List of Advantages: Go through Strands of FATE’s slight listing, the list I did for the Treasure Hunters campaign and the other FATE resources I have (Diaspora, Spirit of the Century, Legends of Anglerre). Ideally I don’t want to put together more than say four or five dozen. Keep in mind some of these might be used for NPCs later. Might want to include some shop advantages- maybe.

*Character Sheets: Draw up character sheets for both the PC alchemist and the shop. Layout NPC cards for the player to have- 3x5 or playing card sized compact sheets. Sketch out list of NPC traits.

*Shop Analysis: Look at the economy for asset increase- figure benefit and distinctions between Comfort and Displays for example.

*Improvised Alchemy: Sketch out notes and guidelines for adapting the Castle Falkenstein magic system over.

*Build World: Do a Microscope session to create the world background.
Posted by Lowell Francis at 1:32 PM