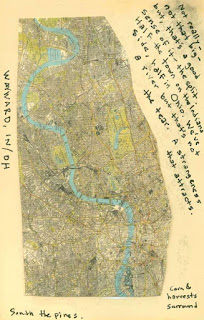 When I went to prepare my first Changeling the Lost campaign, Wayward, I had a few themes in the back of my mind. I executed some of these better than others in the course of play. But here were the four notes I really wanted to hit.

See also Changeling Round Up

1. PTSD
In the campaign, I wanted to stress the idea of the damage the characters suffered in their durance and what that meant to their present lives. They’d been changed physically- that much would be obvious. But the experience also changed them mentally and emotionally. They would have a difficult time dealing with those memories: repressing some and rewriting others. I would let the players define their experience and try to build from that. But I wanted to leave that open and have them write those broadly. Then we could introduce new flashbacks and memories throughout the campaign. The stories in Changeling the Lost suggest that some of the Taken simply suffer, some hide, and some actively work with their captors. As a kind of former PoW, they would have difficulty engaging with that.

That would also shape the experience of all of the NPCs. The obvious motivation driving a Freehold is fear of the Keepers. But some NPCs also operate from guilt, some from buried anger, and most from difficulty trusting others. In some ways, that’s what makes the artificiality of the Vow system in the Changeling setting work. These people have had their trust abused, have been fooled, been betrayed. They need to have concrete Vows and Pledges in order to have anything like trust- and even that’s artificial. I also knew that no one would actually discuss their durance. Everyone would know internally that what they went through was worse than what anyone else suffered. That would always be the haunting thought at the back of their mind in discussions. Like an internet argument where everyone knows they’re actually more informed about the subject, but no one wants to say that and have the thread blow up in a cycle of one-upmanship.

Sidebar: How did that actually play out? The party suffered a lot of mistrust at the start of the campaign, which put them a little on edge. But that eventually allowed me to differentiate between NPCs- with some becoming more favored because they were more charitable earlier on. There were explicit discussions about trust as well. Unfortunately, that also played into a couple of players’ hang-ups. In particular one player who had ego, superiority, and trust problems. They were unwilling to trust anyone who didn’t acknowledge them as super cool and awesome. That created problems. The durance question also became a stumbling block. A couple of the players clearly envisioned their durance as having been super-happy fairy-tale fun time. They were heroes in their stories about those days. That was something I should have spotted and dealt with then. It symbolized their own distance and superiority and created problems down the line. When I tried to suggest alternate versions in play- making it less a cool thing they did and more actually problematic, they reacted badly. One gave lip-service acknowledgment, but still bristled when the suggestion arose later.

2. New Courts
I’d been introduced to the concepts of Changeling the Lost in a Hunter the Reckoning game that used them. It was a diversion from the linear plots and one of those sections where you watch the GM play out their current fascination. The Changelings there came off more like beings from Changeling the Dreaming, but there were some interesting bits (the suggestions about the Keepers, for example). When I went to run CtL, I knew I wanted a set-up distinct from the one I’d seen in that campaign- the traditional seasonal courts. I didn’t want to repeat those structures. The Winter Masques book suggested some alternatives, and I ultimately decided I would have a pair of Courts- trading power back on a regular basis. They would revolve around rising and falling which ultimately led to my creation of "The Court of Rust" and "The Court of Gardens." In my first draft I called the latter the Ploughman’s Court which is a dumb name. I’ll come back in a later post to how I defined those and the relationship between them.

I also wanted the Freehold to be simultaneously important and isolated. In many of the World of Darkness books, there’s a suggestion of a broader, national or international community to the creatures and beings discussed. That made less sense for Changelings, creatures who need to remain hidden from mundane and magical pursuit. The existence of slaver Changelings working at the Keepers behest means they would be paranoid. The sourcebooks hint that travel between Freeholds- and the protections thereof- is terrifying and dangerous. So I decided that contact with other places and groups would be more rumor and hearsay- the tales of a far off land. Eventually I worked that into the structure of the story, with Wayward being more magically isolated (creating some narrative problems in the future).

3. Twinning
I’m not sure why but the idea of twins and doubles stuck with me. I'd watched a number of Kiyoshi Murosawa films before starting work on the campaign, including Doppelganger. Some of that came from the concept of the Fetches and their relationship to Changelings. I also had two Courts which would had acts mirrors for one another- with two “brothers” as Princes of those Courts. I stole a concept I’d used in an earlier piece of fiction and had the city actually on the state border between Indiana and Ohio. So you ended up with two cities which were one, split by a river. It doesn’t fit with real world geography, but that was fine. The Indiana side would be decaying and falling apart, while the Ohio side would be a little more sterile but developing. My hope was to have several kinds of twins and doubles throughout the campaign, a detail I didn’t get to follow up on as much as I wanted to.

4. Arrival
Importantly I wanted the group to arrive in the city new and fresh. They would just have come out of the Hedge and be bound together through the circumstance of that. They’d all originally come from the city, but several years had passed since they vanished. Most importantly they would have no idea what Changeling society was like here, be aware of Fetches, or the nature of magics here. I wanted the first several sessions to be about them exploring this world and slowly figuring things out. In some ways, that worked really well- as they built up a picture of the social structure of the Freehold from multiple unreliable witnesses. On the other hand, we had some difficulty in what the players could reasonably claim they knew about the world. One of the players wanted to kill fetches to get powers, but I had to pull them back from that- suggesting that wasn’t a) something they knew about and b) not necessarily the case. In retrospect, I needed to be clearer about that split between player and character knowledge right at the beginning.

NEXT: Early Notes for the Campaign and What Came from Those.
Posted by Lowell Francis at 3:09 PM