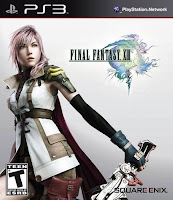 In putting together my list-post, Video Games as Tabletop RPGs, I went back through my list of video game rpgs I've played and those I've actually finished. I think you can guess where most of those fall. I go to video games for a very different experience than what I want from a tabletop game. And I'm more willing to shut off a console than quit a campaign. Still, I think there's lots of interesting exchanges you can make between the two of them. More recent games have gotten shorter and shorter- making an rpg conversion a way to extend that experience. Plus, some of this stuff is pretty cool and fun. I have a few more thoughts on "emulating" video games.

DRAMA READING
Robin Laws’ book Hamlet’s Hit Points looks at the dramatic beats of a narrative and compares those to role-playing games. In the book he reads three texts- a play and two films. I’ve applied his method to game sessions (see here) fruitfully. At the very least it has helped me to be more conscious about the up and down beats at the table. I wonder how the HHP tools would work when applied to modern video games, especially RPGs. For example, a common event in many JRPGs is the victory stolen at the end. Players get through a dungeon or situation and manage to achieve their objective. However when they emerge, they’re faced with overwhelming odds and have that victory snatched away from them. With few exceptions, I can pretty much count on that happening in most straight JRPGs (Wild ARMS, Final Fantasy, Valkyrie Profile, Star Ocean, White Knight Chronicles). There’s also the convention of the battle which the players can’t win- they shouldn’t even try. This happens, again, pretty consistently. But some JRPGs do create a compelling and engaging narrative (DragonQuest VIII for example). What kind of "up" beats are balanced against those down beats: new classes, getting treasure, leveling up, beating mid-bosses? I’m not sure, but it would be cool to map out a few of those classic games.

It would then be interesting to compare those to some of the more avant-garde or weird JPRGs, like Shadow Hearts 3 or Persona 4. How much do they share in common once you strip away the flash? I think equally interesting would be to read a more classic Western RPG against those- how do Might & Magic VI, Wizardry 8, Planescape: Torment, Fallout 2 or even Dragon Age compare? Western games often have a greater open-world approach and some lack a really strong central narrative, but all of them do have events and story moments. Could these be mapped?

EMULATORS
So what do we want to bring over from video games to the table top? VGs offer the significant advantage of book-keeping and of speed. There’s some argument that D&D 4e really wants to be a table-top version of World of Warcraft, and I think there’s something to that- with powers, an emphasis on tactical combat, and heavily defined character roles with different builds. I don’t think that’s necessarily a bad thing- but I’m not sure what advantage you gain from that. Is it to draw in the WoW players? Because I suspect that D&D already had those people with feet in both worlds. I’m not sure a mechanics-heavy approach simulating those details has attracted those players- but that’s anecdotal. There’s obviously a fluidity to that kind of play- the fun of a crazed melee with everyone having a role and a place. I mentioned fighting games in my list as well- which seems to me an even more difficult thing to model well at the table. Capturing the frenzy, speed, back and forth of those kinds of games is hard- especially if you want anything other than surface color. If you want players with lots of different kinds of unique maneuvers or combinations of elements, suddenly the game slows down. That’s more true if you have anyone with AP or if the GM has to run parallel bad guys.

But I think those mechanics represent only one part of what we might look at video games to borrow. I think we have three approaches: Setting, Theme and System. RPGs emulating a video game can use combination or even just one of these aspects. Let’s take a recent example suggested to me, Deus Ex: Human Revolution. That’s pretty popular right now and we have two previous games in the series, although the newest one’s a prequel. A GM could use Wikipedia and various fan sites to actually run a campaign in that world- perhaps setting it in the period between the games. The particular agencies and companies discussed would provide nice window dressing for the game. I suspect that unless you have a few players who’ve played all of the games, that might not resonate with them. But if you’re looking for something to make you’re world building easier, than it might help. Other games have stronger worlds that we can expect the players to have greater buy-in about- for example, several people in our group have really bought into the larger universe of Gears of War; many know the specific world and details of Final Fantasy VII despite its age; and Dragon Age has spent a lot of time creating a compelling backstory.

Deus Ex could also be used as an emulation for theme. Without using the specifics of the setting, you could run a Deus Ex-like cyberpunk campaign, focusing on the perils and promises of human augmentation. It would have a more transhumanist approach than some other classic cyberpunk games. Players who have played lightly or maybe have just read about Deus Ex might be able to buy in to this "themed" approach. If I were trying to emulate one of the Tactics-style SRPGs, I’d probably go this direction. The players would constitute a small unit of mercenaries involved in battles, with strong options available for class change and advancement. You can echo the themes of Final Fantasy, for example, more easily (summons, big swords, mix of tech and magic) than you can a specific world.

Finally, GMs might also consider borrowing the mechanics of the system. Deus Ex, for example has players kitting out their protagonist in very different directions based on cybernetics and nanotech modules. A GM could create a cyberpunk game with a large array of implant options- different kinds of talent trees. The default PCs would all be augmented like this, but with different kinds of load outs. You could easily modify Cyberpunk 2020 to do this- and perhaps add some more detail and depth to the Humanity system there. For our Fallout campaign, the GM brought over two distinct mechanics from the video game: VATS, which allows sniping and call shots, and Perks, another term for advantages. These system adaptations added to the sense that we were playing another version of the game.

VG INTO RPG & VICE-VERSA
Of course in keeping my original list to twelve, I had to cut out a few choices. Some of them would be easy- for example, the Thief series with its magic and strange dark-steampunk combination could be very cool to simulate. A party of characters all involved In high stakes crime in a city like that would make for an excellent campaign. Other games would be hard to model. For example, I love the concept of Valkyrie Profile, with the main character going through and recruiting the souls of the dead, using them for a time in their party, improving their souls and sending them on. But I’m not sure how you go about doing that- unless perhaps you have a solo player and the recruited souls would be NPCs. Some fall naturally into place, at least for me. Assassin’s Creed 2 would seem to fit naturally into the world of Mage: the Sorcerer’s Crusade.

I should also flip the question around- what RPG would I like to see as video games.
A few others to consider: Grimm would make a much more interesting and playable video game than it would a long-term tabletop campaign. Sundered Skies is a super-cool setting that could be done with any number of existing rpg engines, from Sid Meier’s Pirates, to JRPG. Castle Falkenstein would also be on my list if the oft-forgotten Arcanum hadn’t already come and gone.
Posted by Lowell Francis at 1:10 PM