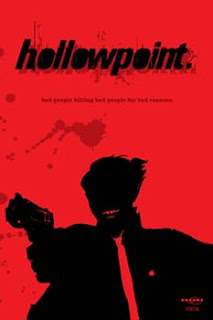 UP FRONT
I have a review of Hollowpoint up over at Diehard Gamefan. Of course I manage to screw up VCSA/VSCA in the header. It models violence between skilled parties carrying out specific objectives, and it is pretty amazing game. Hollowpoint sets itself a tight set of design objectives and meets those. The execution matches the ambition, which is more than I can say for a lot of games. It's worth mentioning how smartly the authors provide examples- copious but not overwhelming, providing answers to some of the corner cases of the system.

I've been thinking about how Hollowpoint could be used to do particularly visceral one-shot takes on my favorite "machine guns vs. the darkness" games- Delta Green and Conspiracy X. I have a couple of other thoughts I didn't put in the review...

HERDING MUNCHKINS?
There are places where I almost wonder if Hollowpoint is a parody- the smartest, most subtle parody of certain kinds of base gaming desires. Is it a comment on those games where the players all just want to be the coolest and sweetest ninjas flippin' out and chopping off heads without any consideration of morality or consequences? That's not power gaming, but more a power fantasy. I've seen campaigns devolve and collapse into that because of bad players, with World of Darkness games being particularly susceptible. Games where the players spend half of character creation picking out the most awesomest gun from the weapons manual. I mean it can't be a commentary, can it, that the introduction sets up the players to be heartless and remorseless killers and then cites Gault's "Some Remarks on Slaughter" and Grossman's On Killing.

Put that aside for the moment- there's an interesting double-bind the authors put the players in. They give them the coolest stuff, free access to anything, and the knowledge that their characters stand above the rabble. They rule. But then that's tied down and restricted. There's a mission. The mission must be completed. There's no questioning the validity of that mission- they have to take orders. They're superior, but their power and autonomy's still limited. They're lone wolves who have to work together- and even the mechanisms for going solo potentially cost themselves as much as their teammates. And betrayal's allowed- but only if as a swift exit from the game. Turn on your fellows and you move on. Fulfill the player's power fantasies and then take away their means of imposing that power on their peers. It's a brilliant little design element, and one that arises naturally from the game itself, rather than feeling like an artificial leash. 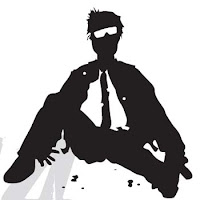 BY THE SKIN OF OUR GAME
So in the review I mention that my veteran rpg gamer wife liked the game but said she didn't want to play it. She described it as the same kind of admiration she had for an elegantly engineered fighter jet. Yes, she could agree it had been designed brilliantly, but she wouldn't want to fly it and blow things up. Needless to say we don't play first person shooters together. (Disclaimer: I suck at FPS games on the console and only marginally less on the PC so I don't play them that often...).

But aside from the focus on violence which didn't interest her, she also said that the structure of the game wasn't appealing. Hollowpoint offers the tight, compressed experience of a movie- she prefers the more extended (and digressive) pace of something like a novel. On the other hand, that's particularly what makes it work as a pick-up game. Hollowpoint suggests a session as a complete story- with characters lost throughout. So we talked about ways in which you might reskin the game to make it something she would want to play. And could that be done without making radical changes to the set up?

Any reskinning would have to function with the following assumptions- a group of peers both allied and with some personal agendas; a larger society those characters belong to; a set of well defined and agreed upon objectives; access to multiple characters if one gets removed; a clear opposition. With that in mind, we came up with three versions-

Ars Magica: In Ars Magica, players already control multiple characters (magus, custos and grogs). They belong to a Covenant. Magi are powerful, unique and decidedly independent. Yet at the same time, they rely on each other for support and safety. Even their custos are usually a cut above the ordinary folk. A version of Hollowpoint could be used to handle interesting situations in which the characters of the Covenant have to go out and negotiate. The most obvious of these would be the Grand Tribunals of the Hermetic Order. Players would be given a set of objectives to achieve at such a gathering, like ensuring a supply of Vis or gaining judgment over a particular disagreement. The opposition could be a rival Covenant within the same Tribunal. Players can choose to begin with their Magus or Custos, each with a slightly different ability. Later if they run through those they could bring in their grog. DIPLOMACY, CRAFT, GUILE, MAGIC-- for example could be used as skills. This approach could be used as a quick way of resolving in between season scenes if a GM doesn't want to play out a full session. It could also be used as a general introduction to the Ars world. Expeditions to other Covenants or dealing with the affairs of the "mundane" world could also be handled in this way. Instead of COOL, the desirable quality would probably be it's stodgy cousin PRESTIGE.

Staving off a Turkish invasion, anyone?

Changeling the Lost: Like the previous example, Changeling would also focus on a form of Courtly politics. The players would take the roles of members of a particular Court, trying to carry out operations against their rivals of the moment. If you were to do a series of these, those rivals could change from session to session. Perhaps the PC's Court want to foment a conflict, uncover a secret or gain a hidden alliance. Its actually a little more open for story possibilities than the Ars. Moving on in these stories would require the particular character to recuperate between sessions- it wouldn't necessarily have the finality of straight Hollowpoint. Characters might have skills like BARGAINING, CONTRACTS, SUBTERFUGE, CLARITY.

Samurai Clans: You could easily do a samurai or even Legend of the Five Rings game with Hollowpoint. I mentioned Takashi Miike's 13 Assassins in the review, others like Samurai Assassin, 47 Ronin, or Sword of the Beast might be done like this. On the other hand, you could broaden out the conflict types- as Hollowpoint does- to make for a game which might combine battles, intrigue, and courtly competition. You could use a version of John Wick's Blood & Honor mechanics to build a clan. Then the players would have to carry out the goals and ambitions of the clan at that moment, glad to sacrifice themselves to the greater cause. Skills might include SINCERITY, HONOR, WARFARE, and BLADE. A series of games might chart the advancement of the clan over generations. As a straight Hollowpoint alternative, consider doing some of the same things, but with sweet ninjas, like Wu Xing: The Ninja Crusade sets up.
Posted by Lowell Francis at 8:57 AM